Can Losing Your Ovaries Affect Cognition?

Cognition in later years may be affected by premature menopause, according to an article published online in the British Journal of Obstetrics and Gynaecology. In the study 4,868 women at least 65 years old were assessed on a cognitive test battery and were evaluated for clinical dementia. Associations between the subject’s age at menopause, surgical versus natural menopause, use of menopausal hormone therapy, and cognitive function later in life were studied. According to introductory concepts described in the article, estrogen level changes postmenopause are associated with brain atrophy and memory complaints.

Variables such as verbal fluency, visual memory, psychomotor speed and global cognitive function can be negatively impacted by premature menopause

Tests were administered at baseline, and again at 2, 4 and 7 years from baseline. Tools included the Mini-Mental State Examination (MMSE) for global cognitive function, Benton’s Visual Retention Test (BVRT) for visual memory assessment, Isaacs Set Test for verbal fluency or semantic access, and the Trail Making Tests A and B for timed visual motor tasks of psychomotor speed and attention and executive function. Unrelated to cognitive function, The Rosow and Breslau mobility and Instrumental Activities of Daily Living scales, the Centre for Epidemiology Studies Depression Scale (CES-D), and other instruments were used to assess socioeconomic, demographic, lifestyle and health information. Dementia was also evaluated by a trained psychologist (or neurologist if subject was suspected to have dementia) and cases were assessed by a panel of dementia experts as a third step in the process. 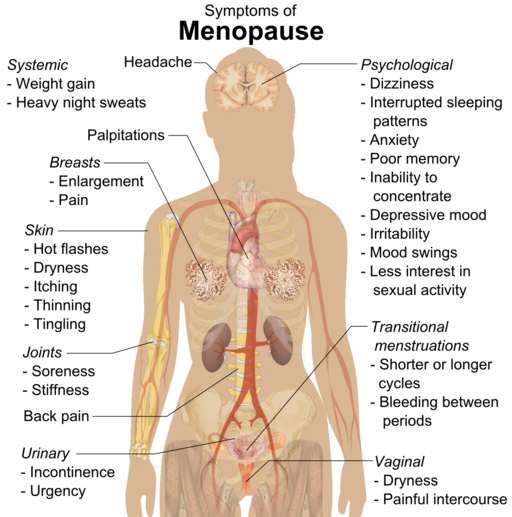 Natural menopause was noted in 79% of the subjects, surgical menopause in 10%, and 11% due to other causes including radiation, chemotherapy, or unknown. Less than 1 in 7 women was currently using hormone therapy, and over 1/5 used hormone therapy at menopause (most commonly reported treatment was transdermal estradiol- median time of use was 10 years).

The authors concluded that variables such as verbal fluency, visual memory, psychomotor speed and global cognitive function can be negatively impacted by premature menopause. Specifically, premature menopause including premature ovarian failure or surgical menopause at 40 years of age or less was independently associated with increased risk of poor verbal fluency and visual memory later in life. Premature menopause was also associated with increased risk of psychomotor speed and global cognitive decline. The primary conclusion of the article is that when an ovariectomy is being considering in younger women, the potential negative impact on cognitive function should make up part of the risk/benefit discussion. Hormonal influence during various stages of a woman’s life can have a dramatic impact on many variables impacting quality of life and rehabilitation efforts. To learn more about menopause, the Institute offers several courses that contain information about rehabilitation for women throughout the lifespan.

Herman & Wallace offers an excellent course called "Menopause Rehabilitation and Symptom Management ", where you can learn about evaluating and treating menopause patients. Forward thinking therapists can provide an integrative, safe and effective/evidence based approach, such as menopausal weight loss, cardiovascular health promotion and mind body awareness, and Menopause: A Rehabilitation Approach - Atlanta, GA on March 19-20, 2016 is a great opportunity to learn such skills.