Can We Predict Who Benefits from Manual Lymph Drainage? 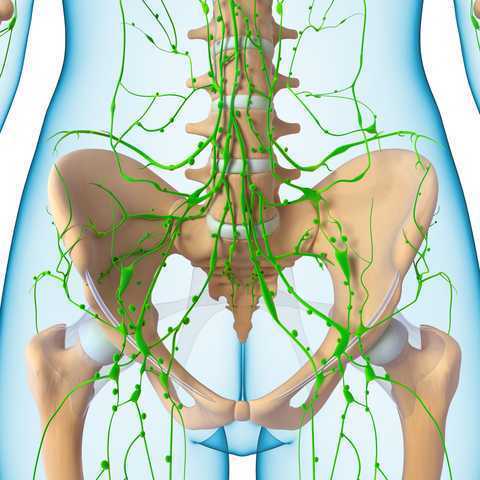 An interesting study assessed the ability of fluorescence imaging to measure the benefits of manual lymphatic drainage (MLD a key component of complete decongestive therapy (CDT). Lymphatic dysfunction, often developing into lymphedema, affects a significant population of our patients who undergo treatment for breast cancer or pelvic cancer. Complete decongestive therapy includes manual lymphatic drainage, compression bandaging, therapeutic exercise, and specific skin care techniques. A theory describing the beneficial effects of MLD, as explained in this article, is that MLD stimulates a contractile or "pumping" mechanism within the superficial lymphatic system.

Although effects of MLD can be measured by limb volume assessment, this study aimed to investigate if in fact contractile function is improved. The investigators used near-infrared fluorescence, or NIR fluorescence, to measure "…the apparent propulsive lymph velocities..and…the period or time of arrival between successive propulsive events." Twelve subjects diagnosed with Grade I or II unilateral lymphedema and 10 controls were included in this research and were treated by a certified lymphedema therapist. The manual lymphatic drainage preparatory protocol for an involved upper extremity included lymphatic massage to the cervical lymph nodes x 5 minutes, then the neck, axillary region of the contralateral arm, and the ipsilateral inguinal region. Lower extremity MLD also started at the neck, then treatment was directed to the contralateral inguinal nodes and ipsilateral axillary nodes. The control subjects received massage to the neck for 3 minutes, bilateral axillary region massage x 5 minutes or bilateral inguinal regions, depending on if the upper or lower limb was imaged in the study. The appropriate limb was then treated with MLD massage techniques.

Prior to and after the treatment, images were collected that allowed the researchers to visualize the imaging contrast agent that was injected through intradermal route into the patient's upper or lower extremities. The results of the study, although limited by statistical power by the low number of subjects, demonstrated that after the manual lymph drainage, in subjects and in controls, treatment had the potential to improve lymph transport. Despite the overall evidence of potential for improvement, there were two subjects in the upper extremity lymphedema group who did not show an improved lymph transport after treatment. One of these subjects also did not respond to MLD and bandaging treatment that followed for six weeks after the fluorescence study. In the lower extremity treatment group, overall apparent lymph velocity and a decrease in the period between propulsive events was noted. The authors state that NIR fluorescence could be utilized to help predict patients who may benefit from manual lymph drainage. The imaging may also help identify functioning lymphatic vessels towards which the therapist can direct manual techniques for draining the limb effectively.

While this study was directed towards the lymphatic dysfunctions of the limbs, what does a pelvic rehabilitation therapist need to know when treating dysfunctions of lymph in the pelvis? Lymphatic function can easily be interrupted following surgeries, or radiation for pelvic cancers, or even following orthopedic injuries. Join Debora Hickman at her continuing education course Manual Lymphatic Drainage for Pelvic Pain in San Diego next month to learn technique in applying MLD for the pelvis!