Do athletes have pelvic pain?

In the dim and distant past, before I specialised in pelvic rehab, I worked in sports medicine and orthopaedics. Like all good therapists, I was taught to screen for cauda equina issues – I would ask a blanket question ‘Any problems with your bladder or bowel?’ whilst silently praying ‘Please say no so we don’t have to talk about it…’ Fast forward twenty years and now, of course, it is pretty much all I talk about!

But what about the crossover between sports medicine and pelvic health? The issues around continence and prolapse in athletes is finally starting to get the attention it deserves – we know female athletes, even elite nulliparous athletes, have pelvic floor dysfunction, particularly stress incontinence. We are also starting to recognise the issues postnatal athletes face in returning to their previous level of sporting participation. We have seen the changing terminology around the Female Athlete Triad, as it morphed to the Female Athlete Tetrad and eventually to RED S (Relative Energy Deficiency Syndrome) and an overdue acknowledgement by the IOC that these issues affected male athletes too. All of these issues are extensively covered in my Athlete & The Pelvic Floor’ course, which is taking place twice in 2018.

But what about pelvic pain in athletes? 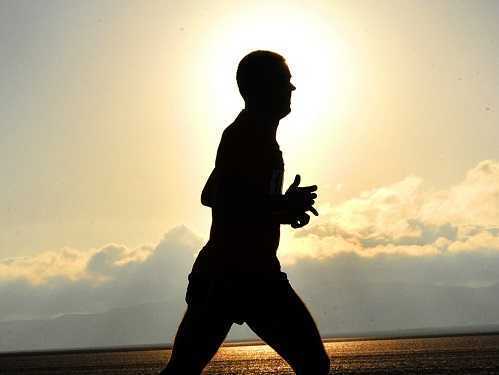 How can we ensure that pelvic floor muscle dysfunction is on the radar for a differential diagnosis, or perhaps a concomitant factor, when it comes to athletes presenting with hip, pelvis or groin pain? Gluteal injuries, proximal hamstring injuries, and pelvic floor disorders have been reported in the literature among runners: with some suggestions that hip, pelvis, and/or groin injuries occur in 3.3% to 11.5% of long distance runners.

In Podschun’s 2013 paper ‘Differential diagnosis of deep gluteal pain in a female runner with pelvic involvement: a case report’, the author explored the case of a 45-year-old female distance runner who was referred to physical therapy for proximal hamstring pain that had been present for several months. This pain limited her ability to tolerate sitting and caused her to cease running. Examination of the patient's lumbar spine, pelvis, and lower extremity led to the initial differential diagnosis of hamstring syndrome and ischiogluteal bursitis. The patient's primary symptoms improved during the initial four visits, which focused on education, pain management, trunk stabilization and gluteus maximus strengthening, however pelvic pain persisted. Further examination led to a secondary diagnosis of pelvic floor hypertonic disorder. Interventions to address the pelvic floor led to resolution of symptoms and return to running.

‘This case suggests the interdependence of lumbopelvic and lower extremity kinematics in complaints of hamstring, posterior thigh and pelvic floor disorders. This case highlights the importance of a thorough examination as well as the need to consider a regional interdependence of the pelvic floor and lower quarter when treating individuals with proximal hamstring pain.’ (Podschun 2013)

Many athletes who present with proximal hamstring tendinopathy or recurrent hamstring strains, display poor ability to control their pelvic position throughout the performance of functional movements for their sport: along with a graded eccentric programme, Sherry & Best concluded ‘…A rehabilitation program consisting of progressive agility and trunk stabilization exercises is more effective than a program emphasizing isolated hamstring stretching and strengthening in promoting return to sports and preventing injury recurrence in athletes suffering an acute hamstring strain’

If you are interested in learning more about how pelvic floor dysfunction affects both male and female athletes, including broadening your differential diagnosis skills and expanding your external treatment strategy toolbox, then consider coming along to my course ‘The Athlete and the Pelvic Floor’ in Chicago this June or Columbus, OH in October.