Today we get to hear from Ramona Horton, MPT, who teaches several courses with the Herman & Wallace Institute. Her upcoming course, Visceral Mobilization Level 1: Mobilization of Visceral Fascia for the Treatment of Pelvic Dysfunction in the Urologic System, will be taking place November 6-8, 2015 in Salt Lake City, UT. 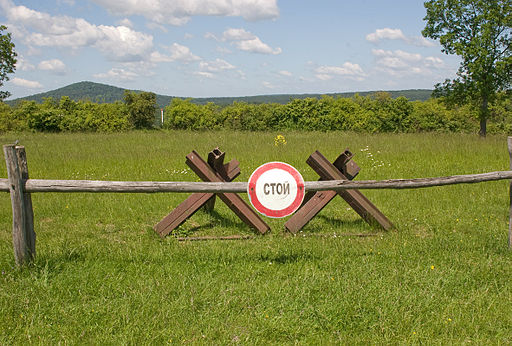 This spring I reached a milestone in my career. I have been working as a licensed physical therapist for 30 years, of which the past 22 have been in the field of pelvic dysfunction. Other than some waitressing stents and a job tending bar while in college this is the only profession I have known. When I entered the US Army-Baylor program in Physical Therapy in the fall of 1983 nowhere was it on my radar screen that I would be dealing with the nether regions of men, women and children, let alone teaching others to do so. As time marches on, I find myself visiting my hair dresser a bit more frequently to deal with that ever progressive grey hair that marks the passage of these years…translation: I am an old dog and I have been forced to learn some new tricks.

Like many aspects of our modern life, the profession of physical therapy is under a constant state of evolution. The best example of this is the way we look at pain and physical dysfunction. I was educated under the Cartesian model, one that believed pain is a response to tissue damage. Through quality research and better understanding of neuroscience we now know that this simplistic model is, in a word, too simple. We have come to recognize that pain is an output from the brain, which is acting as an early warning system in response to a threat real or perceived. I wholeheartedly embrace the concept that pain is a biopsychosocial phenomenon; however I am not willing to give up my treatment table for a counselors couch when dealing with persistent pain patients.

As a physical therapist, I still believe that we need to educate, strengthen and yes, touch our patients. Given that paradigm, ultimately I am a musculoskeletal therapist and I believe that when a clinician is designing a treatment program for any patient, applying sound clinical reasoning skills means the clinician needs to take into consideration that there are three primary areas in the individuals life in which they may be encountering a barrier to optimal function: neuro-motor, somatic and psycho-social. After many years of developing and refining my clinical reasoning model, I have chosen to adopt the image of the Penrose triangle. My goal was to provide the clinician with a visual on which to focus their problem solving skills and a reminder to encompass the person as a whole. The goal is to convey the understanding that the barriers which present themselves rarely do so in isolation, and that the source to resolve of all barriers that impede human function, regardless of origin, is ultimately found within the brain.

Neuro-motor barriers include issues of muscle function to include motor strength, length, endurance, timing and coordination. These barriers are improved through therapeutic exercise training. Somatic barriers are those that are addressed through any number of manual therapy interventions which address issues found within multiple structures to include the fascia, osseous/articular tissue, lymphatic congestion, restrictions within the visceral connective tissue, neural/dural restrictions and challenges of the dermal/integumentary system. All of these barriers can contribute to nociceptive afferent activity. Lastly would be the psychosocial barriers which include history of trauma, clear behavior of hypervigilance, catastrophization, current life stressors, perceived threat which includes kinesiophobia (back to neuro-motor) ANS issues which present as autonomic dysregulation and lastly pain model misconceptions.

I suggest that we remember that the body is a self-righting mechanism. If we cut our skin, given the wound is kept free from infection (a barrier), the human body will heal the wound. As clinicians, I believe that we need to come to the realization that we don’t fix anything, we simply remove the barrier to healing and trust the body to do the rest. Our challenge is to recognize and address the barriers.

Tags:
Myofascial Release
Roughly Half of Menopausal Women Suffer from Insom...
Coccydinia: The Ignored Splinter in the Buttocks