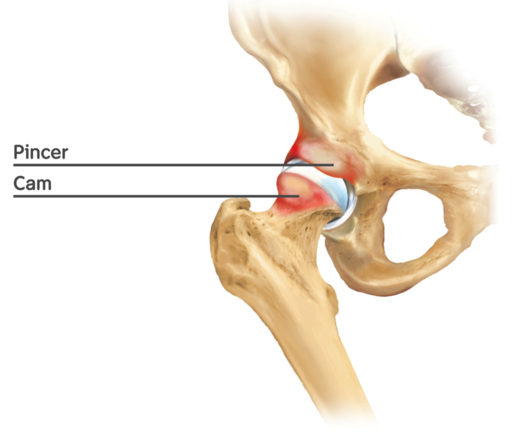 In the treatment of pelvic dysfunction, collaboration among physicians and pelvic rehabilitation providers creates an optimal care situation for the patient. In a research article that will be published in the July issue of Journal of Lower Genital Tract Disease, physical therapist and Herman & Wallace Institute faculty member Stacey Futterman demonstrates how a partnership between disciplines provides information valuable to the field of pelvic rehabilitation. Stacey and physicians Deborah Coady, Dena Harris, and Straun Coleman hypothesized that persistent vulvar pain may be generated by femoroactebular impingement (FIA) and the resultant effects on pelvic floor muscles. Through the research, the authors attempted to determine if hip arthroscopy was a beneficial intervention for vulvar pain, and if so, which patient characteristics influenced improvements.

Twenty six patients diagnosed with generalized, unprovoked vulvodynia or clitorodynia underwent arthroscopy for femoroacetabular impingement. For 3-6 months following hip repair, patients were treated with physical therapy that included surgical postoperative rehabilitation combined with rehabilitation for vulvodynia. Time period for follow-up data collection ranged from 36-58 months. Six patients reported improvements in vulvar pain following surgery and did not require further treatment, and it is noted that these patients were all in the youngest age bracket (22-29). Among the patients who did not report sustained relief, relatively older ages (33-74) were noted, along with a tendency to have vulvar pain for 5 years or longer.

The relationship between hip and pelvic pain may come from the bony structures, hip muscles including but not limited to the obturator internus, and nerves such as the pudendal. The authors conclude that "All women with vulvodynia need to be routinely assessed for pelvic floor and hip disorders…" and if needed, treatment should be implemented to address the appropriate tissue dysfunctions. If you are interested in learning more about hip dysfunction so you can better screen for dysfunction such as femoroacetabular impingement, check out faculty member Steve Dischiavi's continuing education course. Biomechanical Assessment of the Hip & Pelvis: Manual Movement Therapy and the Myofascial Sling System takes place next in Durham, North Carolina in May.