Was it an accident or was it a leak?? Dawn’s Soap Box

This post was written by H&W instructor Dawn Sandalcidi, PT, RCMT, BCB-PMD. Dawn's course that she wrote on "Pediatric Incontinence" will be presented in in South Caroline this August. 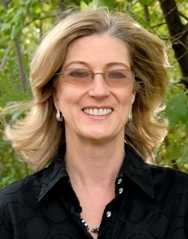 Years ago when my oldest daughter was 4 years old and in Pre-school I received an urgent call at the office that she had an accident. Immediately my head began to race, “What hospital is she in?” “What did she break?” Then the director informed me she wet her pants. I collapsed in my chair with a huge sense of relief and I began to ponder “Did she have an ‘accident’ or did her bladder leak?

Merriam-Webster defines an accident as:

Now lets think about that. How would you feel if someone approached you after noticing a smell or a wet spot and asked you “Did you have an accident?” My first thoughts are maybe shame, embarrassment, guilt or failure. “I” had an accident. Children feel without easily being able to express these emotions thus internalizing their feelings. This then can be expressed with inappropriate behaviors.

When I work with children, and adults for that matter, I frame the conversion with the physiology of the anatomical structure that is unable to do the job it is designed to do. I teach the children about their anatomy and bladder/bowel function and I am clear to let them know that their bladder and/or bowel had a leak, they did not. It takes ownership away from the person and places it on the body part that is currently dysfunctional. At that point we discuss we can re-train the body part to do the job they were designed to do. The kids become empowered that they will be able to become “The Bladder/Bowel Boss”.