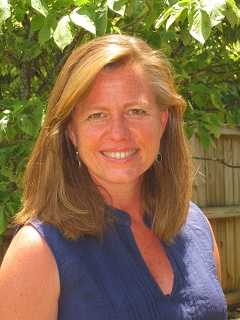 Elizabeth Kemper, MPT, WCS, PRPC, BCB-PMD has been practicing physical therapy since 1997, focusing on pelvic rehab since 2000. She attended Meredith College, receiving a double major degree in Biology and Chemistry, followed by Emory University for her Masters of Physical Therapy in 1997. Her interest for treating pelvic dysfunction started in the first few years of working as a PT and quickly became a focus. Like many in the women's health physical therapy arena, she started by treating obstetrical and incontinence issues. Shortly after, she progressed into treating those with more complex pelvic and abdominal pain issues for both men and women, securing pelvic rehab as her primary area of interest. Treatment of these conditions involves combining all parts of her training - orthopedic, neurologic, visceral and musculoskeletal elements - with the patient-specific goals. Her treatment approach is eclectic, using multiple forms of therapy – not just one particular discipline. She feels it is important for a therapist to be able to draw from a variety of resources since not all people respond the same way to similar treatments.

Elizabeth has completed certification as Pelvic Rehabilitation Practitioner (PRPC) and as a pelvic muscle dysfunction biofeedback therapist (BCB-PMD). She has extensive post-graduate continuing education with emphasis on manual therapeutic interventions and pelvic rehabilitation. She is and has been a member of multiple professional organizations including International Pelvic Pain Society, American Physical Therapy Association - Section on Women's Health, National Vulvodynia Association, Interstitial Cystitis Association, International Foundation for Functional Gastrointestinal Disorders, and American Urogynecologic Association. She is an adjunct member of Emory Hospital Pelvic Multidisciplinary Team, involved in interdisciplinary monthly meetings for patient care review and mutual education regarding treatments with physicians from Emory University Urogynecology, Gastrointestinal, Colorectal, Urology, and Radiology departments. She has been a contributor to MD newsletters, blogs, and magazine / journal articles. She is an instructor in pelvic dysfunction, providing clinical training for student Family Nurse Practitioners, Physical Therapists and Physician Assistants. She was the co-founder and former owner of private outpatient clinic in her hometown of Asheville, NC and currently works in Decatur, GA. She is a mother, dancer, hiker, wife, friend, runner and physical therapist, passionate about pelvic therapy.