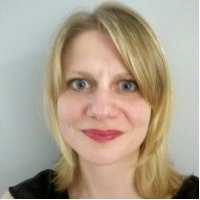 Mari received her undergraduate physical therapy degree from Bradley University’s esteemed physical therapy program in 2000. From 2001 to 2010 she practiced in an outpatient orthopedic setting and honed her skills in general orthopedics with an emphasis in manual therapy, pelvic floor and vestibular rehabilitation. Mari began treating patients with incontinence and pelvic floor muscle weakness in 2004. Since then, she has focused much of her training on expanding her skill set to include a wide variety of urogynecological and colorectal disorders, including both male and female pelvic conditions. She also initiated and formalized the pelvic floor physical therapy program for Community Hospital in Munster, Indiana and has given numerous community presentations on various therapeutic topics. In 2011, she received her MBA from Purdue University Calumet in Hammond, Indiana. Mari began working for the Kirk Center for Healthy Living in 2012 and has been working to further advance her skills to include mysofascial release and visceral mobilization techniques. Outside of work, she enjoys cooking, theater, biking and spending time with her husband and two boys.