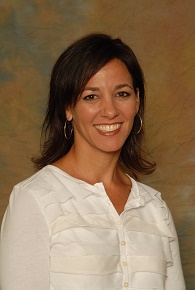 Nicole (Nikki) Mascarella Woods has a strong passion for wellness and exercise. Before becoming a physical therapist, she first became a certified group exercise instructor in 1992 and she still teaches group exercise in the community today. Graduating from the University of Alabama in 1997 with a BS in Exercise Science, she pursued and earned her Master of Science in Physical Therapy from the University of Alabama at Birmingham (UAB) by the year 2000. She has been practicing Physical Therapy in an outpatient orthopedic setting ever since.

Shortly after graduation, Nikki was sent to her first pelvic course, sponsored by APTA's SoWH and taught by Kathe Wallace and Hollis Herman. She was afforded the opportunity and privilege to work with and train under the late C. Paul Perry - a most respected early founder of the International Pelvic Pain Society and pioneer in his field. As a young therapist, she began treating complicated patient populations and found it her calling to help women who suffered from debilitating pelvic pain. She attributes her experiences treating patients with Dr. Perry to be the foundation for her understanding of such an involved patient population.

She served as the state representative for the section of Women's Health from 2002-2005, and she has recently been appointed by the section to again fulfill this role. She was instrumental in developing a course for the IPPS in 2006 titled "Anatomical and Biomechanical Implications for the Treatment of Patients with Chronic Pelvic Pain" in conjunction with the Section of Women's Health and UAB's Department of Physical Therapy. She teaches a lecture yearly for DPT students at UAB that introduces these students to the specialty of Women's Health, Obstetrics, and Pelvic Floor Dysfunction; she has been doing this for the University since 2002. She has continued her post-professional education in the areas of the pelvic floor, manual therapy specifically for the spine and the pelvis, pelvic pain, oncology, peri-natal, incontinence, therapeutic yoga and Pilates, biofeedback, and women's health. In April of 2014, after sitting for the inaugural Herman and Wallace Pelvic Rehabilitation Certification Exam, she became one of the first Certified Pelvic Practitioners in the country, distinguishing her as a competent clinician and expert in her field.

A Women's Health and Pelvic Rehabilitation Program, now encompassing both men and women, was brought to TherapySouth by Nikki in 2006. In spring of 2015, she is excited to announce that she will be responsible for opening a specialty Pelvic Rehabilitation Center with TherapySouth that will be a first, both for the company and for the state of Alabama. She will incorporate her approach to rehab at this center utilizing therapeutic yoga and Pilates and providing a dedicated group exercise studio for her current and discharged patients as well as for prevention for the community.

Her mission is to reach and treat men and women who suffer with dysfunctions involving the pelvis, to provide a specialty center where they feel they "fit", and to continue to educate the community of available treatments for this patient population. When not working or exercising herself, she enjoys her life's blessing- being wife and mom, playing tennis, and vacationing by the sea.