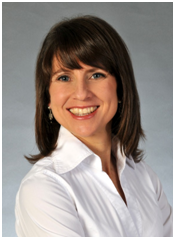 Theresa received her Bachelor of Science in Physical Therapy in 1987 from The University of Pittsburgh. The beginning of Theresa’s career was spent in acute inpatient rehabilitation, followed by outpatient orthopedics and promotion to director of PT in a community based acute care hospital. The following years were spent treating in an acute care hospital in all units as well as skilled nursing. In 1999 at the encouragement of her Ob/Gyn Theresa turned her focus toward women’s health. Since that time it’s been full force ahead moving to Empower Physical Therapy in 2009 to treat the pelvic floor exclusively. In 2014 Theresa earned her Women’s Certification Specialization(WCS) through the APTA. Most recently Theresa achieved the Pelvic Rehabilitation Provider Certification (PRPC) recognizing her talent treating all pelvic conditions in both men and women.

Theresa is a proud member of The American Physical Therapy Association- Section of Women’s health, The International Pelvic Pain Society, and The International Foundation for Functional Gastrointestinal Disorders.

Outside of her career Theresa loves spending time with her husband and three sons, and any outdoor or physical activities she can get her hands on. Theresa participates in several triathlons each year.