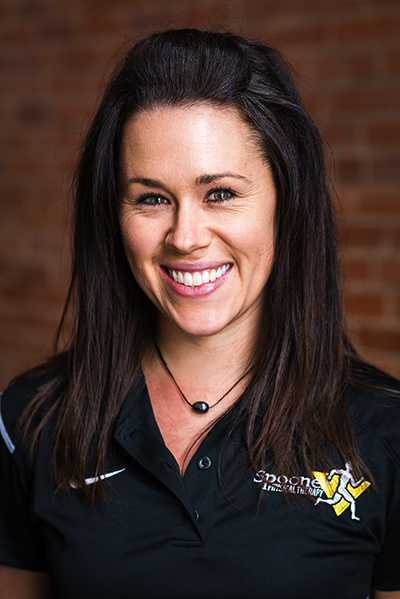 Carrie Schofield was born and raised in Las Vegas, NV and was very active with competitive tennis until she went on to play on the varsity team for Gonzaga University. She graduated from Gonzaga in 2008 with a degree in Exercise Physiology and then went on to receive her Doctorate in Physical Therapy from Regis University in 2011. She began her career in PT in Phoenix, AZ, treating primarily orthopedic injuries as well as breast cancer rehabilitation, infant torticollis and vestibular rehabilitation.

In 2014, she returned to Denver, CO, working for a sports medicine group and gained extensive experience in post operative hip arthroscopy and labral repair/ reconstruction. She became passionate in finding the link between the hip and pelvic floor in these patients. In the meantime, she was continually taking continuing education to better her pelvic rehab skills. In 2016, she began managing a pelvic rehab specialty clinic in Boulder, CO until she returned to Phoenix to be closer to family at the end of 2016.

Currently, Carrie is building her pelvic rehab practice in the North Phoenix region. Through her own personal health experiences and treating patients with complex abdominal and pelvic floor dysfunction, she is committed to treating this population to the best of her ability, keeping the whole patient in mind in order to help them return to full function. She is dedicated to continual education to develop the most advanced skills, and finding the link between orthopedics and pelvic rehabilitation. In her spare time, Carrie enjoys running, hiking, yoga, tennis, golf, cooking, and spending time with friends and family.