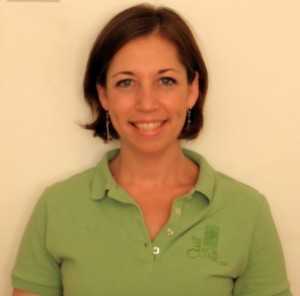 Holly received her Master’s degree in Physical Therapy and BA in Psychology both from the University of Delaware. She has been practicing Physical Therapy since 2002 with a strong focus on manual therapy and dysfunctions of the spine, hip, pelvic girdle and pelvic floor. Holly previously worked as a new grad at The Back Clinic, Inc. from 2002-2005. She went on to become a traveling Physical Therapist on the west coast where she found the opportunity to work for one of the leading healthcare systems in Southern California, Scripps Healthcare, from 2008-2012. During that time Holly honed her manual skills in Orthopedics and pursued a specialty in Pelvic Floor Dysfunctions through extensive course work such as Maitland Approach, Mulligan Concept, Strain/Counterstrain for Pelvic Pain, Myofascial Release and Herman & Wallace Pelvic Rehabilitation.

While pursuing her expertise in Pelvic Floor dysfunction in California, Holly collaborated with the Medical Director of Advanced Gynecological Surgery at Scripps Memorial Hospital to develop a Pelvic Health Rehab Group. She was also a member of the Pelvic Floor and Sexual Medicine group through the Institute for Sexual Medicine at Alvarado Hospital. She participated in and led programs to educate the community about the role of physical therapy in the management of pelvic health issues such as incontinence, pelvic pain and pregnancy related/post-partum concerns. In 2013, Holly rejoined The Back Clinic, Inc. and has continued to use her skills to help members of the community in Delaware.

2.http://www.backclinicinc.com/
https://www.facebook.com/The-Back-Clinic-Inc-111858382202171/
This email address is being protected from spambots. You need JavaScript enabled to view it.