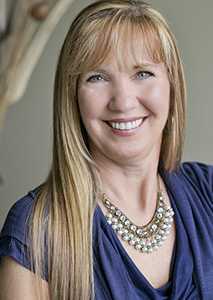 Connie Strey, PT, BS, BCB-PMD, CMTPT, PRPC, WCS has been a physical therapist since 1987. She graduated with a Bachelor of Science degree in biology from Winona State University and earned her physical therapy degree from the University of Chicago in health-related Sciences in 1987. She became board certified in biofeedback and pelvic muscle dysfunction (BCB-PMD) in 2006 by the Biofeedback Certification International Alliance. In 2010 she earned her Certificate of Achievement in pelvic pain (CAPP) through the American Physical Therapy Association. Connie also became board certified as a woman’s health clinical specialist (WCS) through the American Physical Therapy Association in 2011. In 2014 she became certified in manual trigger point therapy (CMTPT) for dry needling through Myopain seminars. In 2018 Connie earned her Pelvic Rehab Practitioner certification (PRPC) through the Herman and Wallace Pelvic Rehab Institute.

Connie spent her first five years in an acute hospital setting and in outpatient rehab. She began working in women’s health with pelvic patients in 1993. She has focused on women’s health issues since 2004 including osteoporosis, incontinence, bowel and bladder dysfunction, pelvic pain, pre and postpartum issues and oncology pain/symptoms. She has experience in the treatment of a wide variety of patients: male, female and transgender. She is currently focused on women’s health.

Connie currently works at the PT Center for Women and helped developed the women’s health physical therapy program in 2004. She has also been a guest speaker at the University of Oshkosh on exercise and pregnancy.

Outside of work, Connie enjoys spending time with her family, including her grandchildren. She enjoys boating, horseback riding, exercising and traveling with her husband. She lives in Oshkosh, Wisconsin with her family.

Connie is a member of the following organizations: