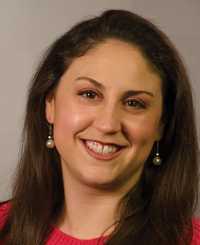 Katherine graduated in 2012 from West Virginia University with an undergraduate degree in Exercise Physiology with an emphasis in Aquatic Therapy. She later graduated in 2015 with her Doctorate of Physical Therapy from West Virginia University. She developed an interest in pelvic health during her schooling, performing one of her clinical rotations with a therapist who specialized in this area. She began working in outpatient orthopedics after graduation and shortly thereafter began specialty training in pelvic health. She is a member of the Pelvic Health Collaborative which is a multi-disciplinary team and has assisted in the development of a Pelvic Health department in her regional health system. Katherine also noticed a gap in the availability of pediatric pelvic health services in her area and after some additional training now sees those patients in her practice. She currently treats male and females of all ages with incontinence, prolapse, pelvic pain, dyspareunia, pregnancy related conditions, post-partum conditions, bowel dysfunction, post pelvic and abdominal surgeries, and post prostatectomy.