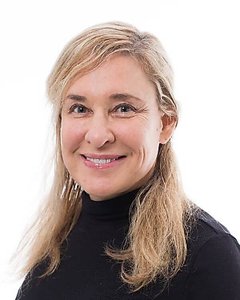 Gail Nagel PT, received a B.S in biology from the University of Illinois and then completed Physical Therapy training at Chicago Medical School in North Chicago, Illinois. Before focusing her attention on Pelvic Health her primary concentration was treating a wide variety of orthopedic conditions. She successfully completed a 3 year residency program at the Gulf Coast Post Graduate Orthopedic Manual Therapy Institute and had the great fortune during that time to be mentored by Dr Edward Stiles an Osteopath, who has received numerous awards including the A.T Still Medalion of Honor. In her own private practice she has had the opportunity to work with professional dancers, national body building champions and Broadway dancers in the Mama Mia national production. Gail became interested in treating pelvic health patients in 2008 and most recently she has had a focus on addressing pelvic health conditions in the male population. Currently, Gail is involved in the start up of a Women's Health Residency Program at her current work place, UNC-Rex Rehabilitation of Raleigh, and is very excited for the opportunity to learn along with the residency students. Gail has been inspired to develop her knowledge and understanding of pelvic health conditions through participation in the course work she has received through the Herman and Wallace Pelvic Rehabilitation Institute, with their outstanding faculty, and has been very grateful for the opportunity to be a TA in some of their courses. Outside of physical therapy Gail enjoys dancing, hiking, traveling, and spending time with family and friends.