During labor, I had no problem breathing out. My hang up came when I had to inhale - actually oxygenate my blood and maintain a healthy heart rate for my almost newborn baby. When extra staff filled the delivery room, and an oxygen mask was placed over my face, my husband remained calm but later told me how freaked out he was. He was watching the monitors that showed a drop in my vitals as well as our baby’s. In retrospect, I wonder if practicing yoga, particularly the breathing techniques involved with pranayama practice, could have prevented that moment. 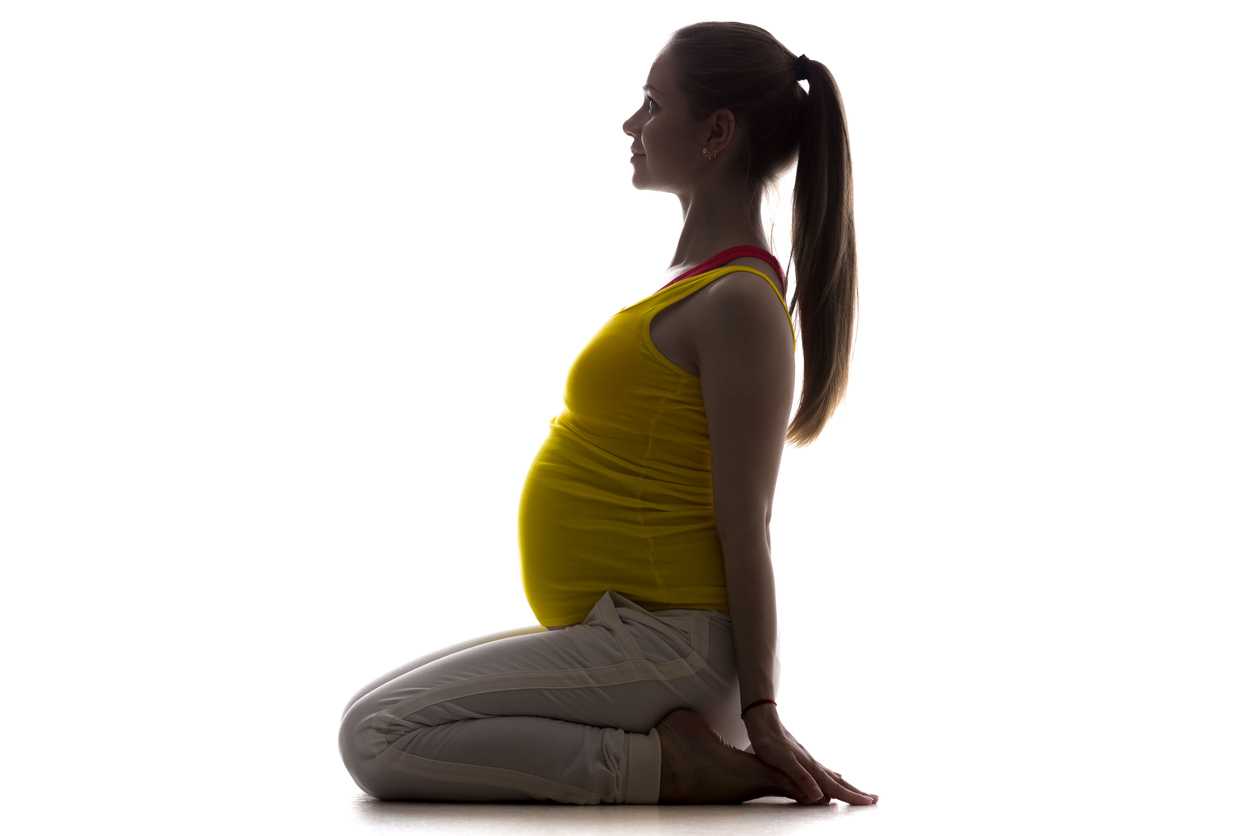 A research article by Critchley et al., (2015) broke down breathing to a very scientific level, determining the consequences of slow breathing (6 breaths/minute) versus induced hypoxic challenges (13% inspired O2) on the cardiac and respiratory systems and their central neural substrates. Functional magnetic resonance imaging measured the 20 healthy subjects’ specific brain activity during the slow and normal rate breathing. The authors mentioned the controlled slow breathing of 6 breaths/minute is the rate encouraged during yoga practice. This rate decreases sympathetic activity, lessening vasoconstriction associated with hypertension, and it prevents physiological stress from affecting the cardiovascular system. Each part of the brain showed responses to the 2 conditions, and the general conclusion was modifying breathing rate impacted autonomic activity and improved both cardiovascular and psychological health.

Vinay, Venkatesh, and Ambarish (2016) presented a study on the effect of 1 month of yoga practice on heart rate variability in 32 males who completed the protocol. The authors reported yoga is supposed to alter the autonomic system and promote improvements in cardiovascular health. Not just the breathing but also the movements and meditation positively affect mental health and general well-being. The subjects participated in 1 hour of yoga daily for 1 month, and at the end of the study, the 1 bpm improvement in heart rate was not statistically significant. However, heart rate variability measures indicated a positive shift of the autonomic system from sympathetic activity to parasympathetic, which reduces cortisol levels, improves blood pressure, and increases circulation to the intestines.

Bershadsky et al., (2014) studied the effect of prenatal Hatha yoga on cortisol levels, affect and depression in the 34 women who completed pre, mid, and post pregnancy saliva tests and questionnaires. While levels of cortisol increase naturally with pregnancy, yoga was found to minimize the mean levels compared to the days the subjects did not participate in yoga. After a single 90-minute yoga session, during which breathing was emphasized throughout the session, women had higher positive affect; but, the cortisol level was not significantly different from the control group. Overall, the authors concluded yoga had potential to minimize depression and cortisol levels in pregnancy.

Considering the positive effect of slow breathing practiced in yoga, the positive shift in the autonomic nervous system function and the decrease in cortisol levels, yoga is gaining credibility as an effective adjunct to treatment during pregnancy. If a woman enters the delivery room with a solid practice of slow breathing under her belt, she may be equipped to handle the intensity of contractions and the pain of pushing a little better. Yoga may help a woman breathe for her life and her baby’s as well.

If you're interested in learning more about yoga for pregnant patients, consider attending Yoga as Medicine for Pregnancy with Ginger Garner, PT, DPT, ATC/LAT, PYT. The next opportunity is in Fort Lauderdale, FL on January 28th and 29th, 2017. Don't miss out!

Tags:
Modalities Pregnancy and Postpartum Yoga
Prevalence and Management of Lymphedema in Urogeni...
Specific Myofascial Release as a Treatment for Cli...