Does cognitive self-regulation influence the pain experience by modulating representations of nociceptive stimuli in the brain or does it regulate reported pain via neural pathways distinct from the one that mediates nociceptive processing? Woo and colleagues devised an experiment to answer this question.1 They invited thirty-three healthy participants to undergo fMRI while receiving thermal stimulation trial runs that involved 6 levels of temperatures. Trial runs included “passive experience” where participants passively received and rated heat stimuli, and “regulation” runs, where participants were asked to cognitively increase or decrease pain intensity. 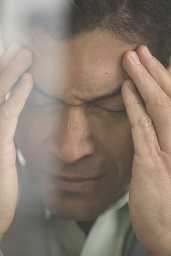 Instructions for increasing pain intensity included statements such as “Try to focus on how unpleasant the pain is. Pay attention to the burning, stinging and shooting sensation.” Instructions for decreasing pain intensity included statements such as “Focus on the part of the sensation that is pleasantly warm. Imagine your skin is very cool and how good the stimulation feels as it warms you up.” The effects of both manipulations on two brain systems previously identified in the literature were examined. One brain system was the “neurological pain signature” (NPS), a distributed pattern of fMRI activity shown to specifically track pain intensity induced by noxious inputs. The second system was the pathway connecting the ventromedial prefrontal cortex (vmPFC) with the nucleus accumbens (NAc), shown to play a role in both reappraisal and modulation of pain. In humans, the vmPFC tracks spontaneous pain when it has become chronic and potentially dissociated from nociception.2,3 In patients with sub-acute back pain, the vmPFC-NAc connectivity has been shown to predict subsequent transition to chronic back pain.4 In addition, the vmPCF is hypothesized to play a role in the construction of self-representations, assigning personal value to self-related contents and, ultimately, influencing choices and decisions.5

Woo and colleagues found that both heat intensity and self-regulation strongly influenced reported pain, however they did so by two differing pathways. The NPS mediated only the effects of nociceptive input. The self-regulation effects on pain were mediated by the NAc-vmPFC pathway, which was unresponsive to the intensity of nociceptive input. The NAc-vmPFC pathway responded to both “increase” and “decrease” self-regulation conditions. Based on these results, study authors suggest that pain is influenced by both noxious input and cognitive self-regulation, however they are modulated by two distinct brain mechanisms. While the NPS encodes brain activity closely tied to primary nociceptive processing, the NAc-vmPFC pathway encodes information about evaluative aspects of pain in context. This research is limited in that the distinction between pain intensity and pain unpleasantness was not included and the subjects were otherwise healthy. Further research is warranted on the effects of this cognitive self-regulation model on brain pathways in patients with chronic pain conditions.

Even with the noted limitations, this research invites the clinician to consider the role of both nociceptive mechanisms and cognitive self-regulatory influences on a patient’s pain experience and suggests treatment choices should take both factors into consideration. Mindful awareness training is a treatment that contributes to cognitive self-regulatory brain mechanisms.6 When mindful, pain is observed as and labeled a sensation. The term “sensation” carries a neutral valence compared to “pain” which may reflect greater alarm or threat to an individual. The mind is recognized to have a camera lens-like quality that can shift from zoom to wide angle. While pain can draw attention in a more narrow focus on the painful body area, when mindful, an individual can deliberately adopt a wide angle view, focusing on pain free areas and other neutral or positive states. In addition, when mindful, the unpleasant sensation rests in awareness not characterized by fear and distress, but by stability, compassion and curiosity. Patients may not have control over the onset of pain, but with mindfulness training, they can take control over their response to the pain. This deliberate adoption of mindful principles and practices can contribute to cognitive self-regulatory brain mechanisms that can ultimately impact pain perception.

I am excited to share additional research and practical clinical strategies that help patients self-regulate their reactions to pain and other symptoms in my 2019 courses, Mindfulness for Rehabilitation Professionals at University Hospitals in Cleveland OH, April 6 and 7 and Mindfulness-Based Pain Treatment in Houston TX, October 26 and 27 and Portland OR May 18 and 19. Hope to see you there!