I love adding flax seed to my recipes when I bake. I even hide it in yogurt with crushed graham crackers for my kids. It is a powerful nutrient that can be consumed without knowing it! Although the specific mechanism for its efficacy on prostate health continues to be researched, studies over the last several years applaud flax seed for its benefits and encourage me to keep sneaking it in my family’s diet. 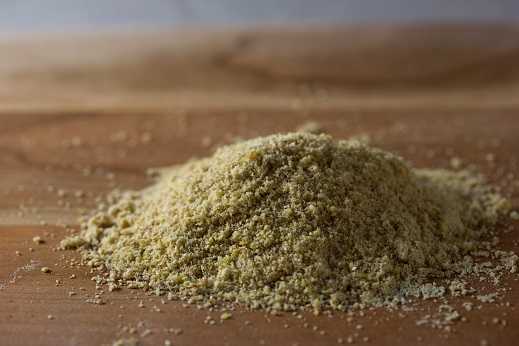 In 2008, Denmark-Wahnefried et al. performed a study to see if flax seed supplementation alone (rather than in combination with restricting dietary fat) could decrease the proliferation rate of prostate cancer prior to surgery. Basically, flax seed is a potent source of lignan, which is a phytoestrogen that acts like an antioxidant and can reduce testosterone and its conversion to dihydrotestosterone. It is also rich in plant-based omega-3 fatty acids. In this study, 161 prostate cancer patients, at least 3 weeks prior to prostatectomy, were divided into 4 groups: 1) normal diet (control); 2) 30g/day of flax seed supplementation; 3) low-fat diet; and 4) flax seed supplementation combined with low-fat diet. Results showed the rate of tumor proliferation was significantly lower in the flax seed supplemented group. The low-fat diet was proven to reduce serum lipids, consistent with previous research for cardiovascular health. The authors concluded, considering limitations in their study, flax seed is at least safe and cost-effective and warrants further research on its protective role in prostate cancer.

In 2017, de Amorim et al. investigated the effect of flax seed on epithelial proliferation in rats with induced benign prostatic hyperplasia (BPH). The 4 experimental groups consisting of 10 Wistar (outbred albino rats) rats each were as follows: 1) control group of healthy rats fed a casein-based diet (protein in milk); 2) healthy rats fed a flax seed-based diet; 3) hyperplasia-induced rats fed a casein diet; and 4) hyperplasia-induced rats fed a flax seed diet. Silicone pellets full of testosterone propionate were implanted subcutaneously in the rats to induce hyperplasia. Once euthanized at 20 weeks, the prostate tissue was examined for thickness and area of epithelium, individual luminal area, and total prostatic alveoli area. Results showed the hyperplasia induced rats fed a flax seed-based diet had smaller epithelial thickness as well as a reduced proportion of papillary projections found in the prostatic alveoli. These authors determined flax seed exhibits a protective role for the epithelium of the prostate in animals induced with BPH.

Bisson, Hidalgo, Simons, and Verbruggen2014 hypothesized a lignan-fortified diet could decrease the risk of BPH. The authors used an extract rich in lignan obtained from flax seed hulls. Four groups of 12 Wistar rats were used, with 1 negative control group and 3 groups with testosterone propionate (TP)-induced BPH (1 positive control, and 2 with diets containing 0.5% or 1.0% of the extract). Over a 5 week period, the 2 BPH-induced groups consuming the lignan extract starting 2 weeks prior to the BPH induction demonstrated a significant inhibition of prostate growth from the TP compared to the positive control group. These authors concluded the lignan-rich flax seed hull extract prevented BPH induction.

From BPH to prostate cancer, flax seed has proven a noteworthy supplement for preventative health. A tablespoon of flax seed in a muffin recipe is likely not a life-changing dose, but it’s a start. Nutrition Perspectives for the Pelvic Rehab Therapist enlightens practitioners with even more healthy choices, and Post-Prostatectomy Patient Rehabilitation gives you the necessary tools to help patients recover from prostate cancer.