Leaking Athletes Take Their Training to the Floor

While running on my treadmill, I watched a commercial advertising specially designed pads as “the solution” for women athletes who “leak” during their sport. Before my introduction to Herman and Wallace Rehabilitation Institute, I would have rushed to the nearest store to buy a case of them. When we don’t know how to fix a problem, we tend to cling to bandages to cover them, allowing us to ignore them. With 29 years of running and racing and 2 natural childbirths under my belt, leaks have happened, and it is common. However, leaks due to urinary stress incontinence are not normal and do not stop simply because you place a contoured, sporty, sanitary pad in the lining of your shorts. 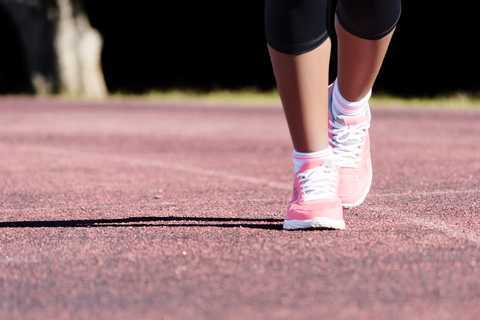 A 2016 cross-sectional study by Ameida et al. investigated urinary incontinence (UI) and pelvic floor dysfunctions (PFD) such as constipation, anal incontinence, pelvic organ prolapse, vaginal laxity, and dyspareunia in female athletes who participate in high-impact sports. The 67 amateur athletes and 96 non-athletes completed an ad hoc survey to determine PFD symptoms. Artistic gymnasts, trampolinists, swimmers, and judo participants were among the athletes with the highest risk of urinary incontinence. Although the athletes had a higher risk of UI, they reported less constipation, less straining to relieve themselves, and less manual assistance for defecation than the non-athletes. The authors were able to conclude that high impact sports or sports requiring a strong effort put athletes at risk for UI, uncontrolled gas expulsion, and even sexual dysfunction. They emphasize a need for attention to be given to pelvic floor training for rehabilitation as well as preventative strategies and education for high risk yet asymptomatic athletes.

In 2015, DaRoza et al. performed a cross-sectional cohort study to determine the urinary leakage in 22 young female trampolinists based on the volume of their training and level of ranking. Leakage was assessed by the International Consultation on Incontinence Questionnaire Short-Form (ICIQ-UI-SF), and another questionnaire determined each athlete’s championship ranking and training volume. An astounding 72.7% of girls reported urine leakage since starting to perform on the trampoline, and the greatest severity was significantly associated with the highest training volume. The impact of UI on the athlete’s quality of life was greatest in this 3rd tertile. The authors recommended these athletes with a high frequency of UI be educated on the impact of their sport on their pelvic floor muscles and proposed they get treated by pelvic health professionals to minimize or resolve the incontinence.

Thankfully, none of the above researchers or medical professionals advises the study participants to just use a pad and carry on with their sport. Urinary incontinence is a real problem in athletes, and its prevalence is appalling. Even young girls without any birthing of babies to blame are leaking. Making females (and males) aware of the impact sports can have on their pelvic floor and educating them that urinary leakage is not normal are essential missions for healthcare professionals. “The Athlete and the Pelvic Floor” course can help integrate pivotal aspects of pelvic rehabilitation into sports medicine, as some conditions just may require training to move down to the pelvic floor for complete recovery.