Pelvic pain is a common diagnosis that we see as pelvic floor therapists. Pelvic pain is pain located in the lower abdomen, but above pubic symphysis, and is associated with various causes; myofascial pain, neuropathies, endometriosis, painful bladder, and irritable bowel syndromes. A common symptom of pelvic pain is deep dyspareunia or pain with deep vaginal penetration. Vulvar pain is different, as it is below pubic symphysis, and has several sub-classifications. These sub-classifications can often be confusing. The National Vulvodynia Association has a free online education that explains the different sub-types very succinctly. This article focuses on provoked vestibulodynia, which is the most commonly studied. 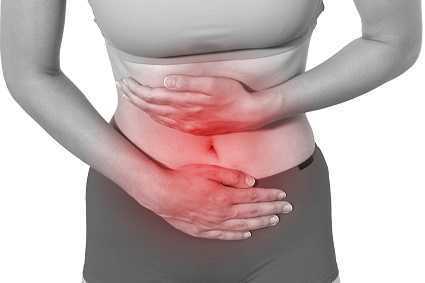 PVD or Provoked Vestibulodynia often has superficial dyspareunia which can negatively affect sexual functioning, which can lead to changes in psychological function and quality of life. Women with PVD often complain of greater pain during and after intercourse, pain catastrophization, and allodynia when compared to women with superficial dyspareunia but without PVD. These symptoms indicate central nervous system upregulation or sensitivity. This study sought to investigate the impact of these symptoms.

Pelvic pain encompassed a variety of complaints: “dysmenorrhea, deep dyspareunia, dyschezia, chronic pelvic pain, back pain, or diagnosed or suspected endometriosis”. Participants were excluded if postmenopausal or if self reported never sexually active.

Of the 129 participants notable findings in both the two groups include 31% had confirmed endometriosis, 40% suspected of endometriosis, and in the remaining 18% had no confirmed or suspected endometriosis. The authors found that the pelvic pain + PVD group had significantly more superficial dyspareunia (p=<.001) and deep dyspareunia (p=.001) which was rated >7/10 for both. This group was also had greater (3x more likely to have) depression symptoms, greater anxiety, and catastrophizing, and was more likely to have painful bladder syndrome than the pelvic pain alone group. There were no differences between the two groups for irritable bowel syndrome or abdominal wall tenderness.

This research is consistent with other research findings. The authors explore various causes of the findings including; cross- sensitization - where there may be cross talk of nerve signals from viscera to viscera and viscera to muscular structures that converge in the spinal cord. The authors note that the poor relationship between PVD and irritable bowel and PVD and abdominal wall tenderness limit that theory. They explore the psychological symptoms may be a consequence of pelvic pain or it may be that having anxiety/depression may make women more sensitive to developing pelvic pain and PVD. This sounds like a little chicken or egg theory. The authors suggest that those with PVD and pelvic pain may benefit from a more intensive multi-disciplinary approach including; “medical, surgical, psychological, or physical therapy approaches”.