The Coccyx and Bowel Function

Coccyx pain is a frequently encountered condition in pelvic rehabilitation practices. Although sitting is one of the primary limitations for patients who present with coccyx pain, or coccygodynia, defecation can be included in the list of functional complaints. This brings to mind the question: what does the coccyx do during defecation? 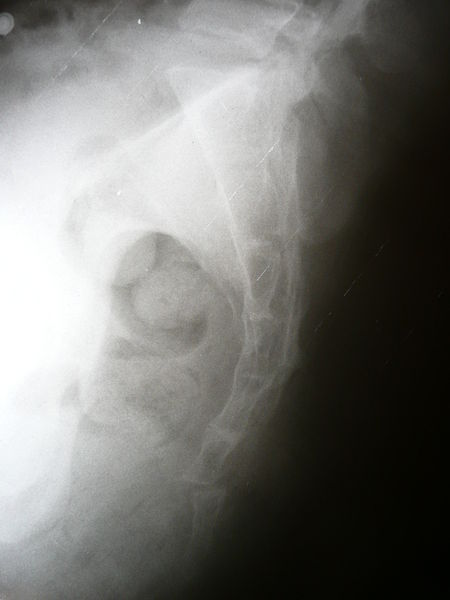 Coccygeal mobility was examined using MRI in this study by Grassi and colleagues. The authors included 112 subjects for the dynamic MRI research in positions of maximal contraction as well as straining for evacuation. Included in the study were subjects who complained of constipation, sense of incomplete evacuation of bowels, pain (not coccyx pain), organ prolapse, and minor trauma. Although the MRI was completed with the patient in supine (a non-functional defecation position), the authors reported that during a straining maneuver, the coccyx moves into extension, or backwards.

What if the coccyx does not move into extension during a straining maneuver? Is it possible for the coccyx to interfere with defecation? This appears to be true for a patient who appeared as the subject in the Journal of Medical Case Reports. The patient presented with an anteverted coccyx, and complained of “…worsening rectal pain developing an hour before defecation and lasting for several hours afterwards.” Pain was also reported during sitting on a hard surface. (See the linked article for an interesting image of the coccyx position and what is described as “rectal impingement.”) The patient was treated with coccygectomy which appeared to significantly reduce the symptoms (there are no outcomes tools reported in the case study, so progress reported is vague.) Although removal of the coccyx was the treatment in this particular case, the authors state that first-line treatment for coccyx pain includes conservative measures such as seat cushioning, coccygeal massage, stretching and manipulation, and injections, and that the majority of patients will respond favorably to these interventions.

There is more to learn about the coccyx and its role in defecation, sitting, and other daily functions. Faculty member Lila Abbate teaches a great course called Coccyx Pain, Evaluation & Treatment and it is a great opportunity to learn some new evaluation and treatment techniques. Join her this October 25-26 in Bay Shore, NY.