We're excited to have the chance to interview Lisa Odabachian, MPT, BSN, RN, PRPC, this week's featured Certified Pelvic Rehabilitation Practitioner! Lisa earned her certification in May of 2015 and she was kind enough to share her thoughts with us. Thank you for your contributions to the field of pelvic rehab, Lisa, and congratulations on your certification! 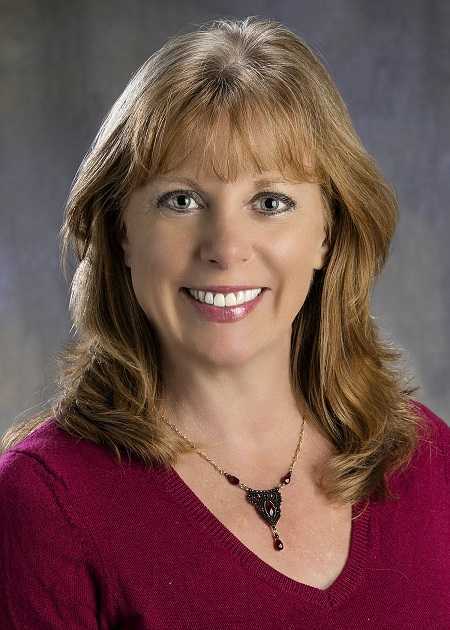 What motivated you to earn PRPC?
For patients and referring providers to have confidence that I have expertise in treating pelvic floor dysfunctions.

What makes you the most proud to have earned PRPC?
That I have evolved into a practitioner that can make a difference in this patient population’s quality of life.

What advice would you give to physical therapists interested in earning PRPC?
Take as many courses with hands on lab work that you can so you can treat with a broad base of knowledge to get the best outcome for your patients!

Tell us a little about your clinical practice:
I am a full-time clinician at a well-known and well-respected hospital-based outpatient women's clinic. I have been at the Beaumont's Women's Urology Center, a multidisciplinary clinic focusing exclusively on women's health, for the past 5 years. incontinence, pelvic organ prolapse, urinary urgency and frequency, chronic pelvic pain conditions (painful intercourse, interstitial cystitis, vulvodynia, abdominal pain), post-surgical pain and weakness, colo-rectal dysfunctions (fecal incontinence, constipation, rectal pain). I have been in clinical practice treating women and men with pelvic dysfunctions for over 14 years at Beaumont Hospital. Prior to that I was a clinical nurse treating patients in a variety of settings. I am currently an ABPTS candidate to sit for the 2016 WCS specialist certification examination in Women's Health physical therapy.

How did you get involved in the pelvic rehabilitation field?
Through the years of being a nurse, family member and friend I have heard many stories from women and men who have had symptoms that were unsuccessfully or only partially helped with medications and/or surgical interventions. When I learned that there were specially trained physical therapists who treat bladder, bowel and sexual problems by providing the patients self-help education and rehabilitation techniques to help resolve these issues, I became charged up to get my master’s in physical therapy so I could then specialize in treating pelvic floor dysfunctions.

What/who inspired you to become involved in pelvic rehabilitation?
When I learned that there were specially trained physical therapists who treat bladder, bowel and sexual problems by providing the patients self-help education and rehabilitation techniques to help resolve these issues, I became charged up to get my master’s in physical therapy so I could then specialize in treating pelvic floor dysfunctions.

What patient population do you find most rewarding in treating and why?
The patients who are motivated in helping themselves by being compliant in their rehabilitation by doing their home exercise program and asking questions are the patients who typically have the best outcomes.

What has been your favorite Herman & Wallace Course and why?
I have learned so much from each and every course I have taken. My first course was in Akron Ohio in May 2001 with Holly Herman and Kathe Wallace, so of course that is my most memorable course because it was like opening a Pandora’s Box, in a good way! It all made sense!

What lesson have you learned from a Herman & Wallace instructor that has stayed with you?
Perform a good orthopedic evaluation first

What do you find is the most useful resource for your practice?
I often refer to course/lab course notes.

What is in store for you in the future?
My application has been approved to sit for the 2016 specialist certification examination in Women’s Health in physical therapy to obtain WCS credentials through the APTA.

What role do you see pelvic health playing in general well-being?
It’s huge! When people have bladder, bowel and/or sexual dysfunction, their relationships, social, career, education, emotional, recreational and/or psychological, etc. well-being is affected to varying degrees. People often do not even know they have pelvic floor muscles until there is pain or a functional impairment.

Tags:
PRPC Featured Practitioner
The Coccyx and Bowel Function
It's About More than the Pelvic Floor (Why We Offe...