To Run or Not to Run During Pregnancy

The eve of my daughter’s 5th birthday has me reminiscing about my first pregnancy. I had recently surrendered my ACL on a ski slope and was contemplating surgery when I got confirmation I was pregnant. A seasoned surgeon had told me if I just wanted to return to running and not ski or do cutting sports (without a brace, anyway), I would probably be fine; so, I chose to forego the surgery and was running again 7 weeks later. Being my first pregnancy, I was not sure how hormones would affect my knee stability without an ACL or if the impact was safe for me and the baby or if my doctor would approve of my exercise choice of running. After all, pending ligamentous laxity from hormonal changes made running without an ACL seem risky while pregnant; but, runners tend to be, well, stubborn, when it comes to being able to run. 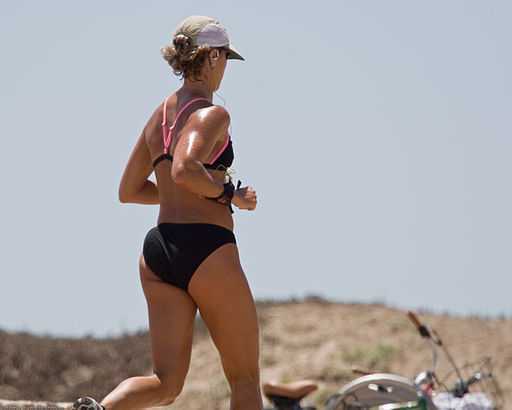 Deghan et al (2014) discuss the hormone relaxin and its effect on bone, muscle, tendon, ligaments, and cartilage. Interestingly, relaxin actually plays a role in the healing and remodeling of certain tissues in the body such as muscle and bone. However, the article also emphasizes how relaxin has been shown to reduce the integrity of the ACL and put female athletes at risk for injury. Lucky for me, that hormone couldn’t have its way with my knee since the ACL was already gone!

A study in the British Journal of Sports Medicine just published online October 4, 2015, encourages running and other high-impact sports before pregnancy to decrease the risk of pelvic girdle pain. The patients engaging in such exercises prior to being pregnant showed a 14% lower risk of having pelvic girdle pain during pregnancy. Out of 4069 women, 12.5% of the 10.4% of women who experienced pelvic pain were non-exercisers pre-pregnancy. The women who exercised 3-5 days per week and participated in high-impact aerobic exercise prior to being pregnant had less pelvic pain while pregnant.

Tenforde et al (2015) investigated the habits of competitive runners during pregnancy as well as breastfeeding. Out of 110 female runners, 70% continued to run during their pregnancy; however, only 31% continued into their 3rd trimester. Only 3.9% of the women got injured while running pregnant. In general, the competitive runners reduced their intensity and volume and ran primarily for fitness and health. The 84.1% of the women who ran during breastfeeding reported less postpartum depression and no negative impact on breastfeeding.

Looking back at my running log, I ran 3 miles under 10-minute pace two days before going into labor, and my daughter was even 9 days late. I continued to run because I love it and, quite simply, because I could. Personally, my blood pressure, weight, and glucose levels stayed healthy throughout the pregnancy. Even without an important stabilizing ligament in my knee and some extra pounds, I never experienced joint pain while running. On the trail where I ran, I got mixed responses from people coming the other way - mostly encouragement, but also some looks of disappointment or disgust (I didn’t say it was pretty) and an occasional know-it-all “warning.” Ultimately, any woman who has been running prior to pregnancy should be able to continue some level of running through the trimesters until her own body, the obstetrician, or a hard-kicking baby gives a reason to stop.

Tags:
Pregnancy and Postpartum Peer-Reviewed Articles
Are Women Opting for Hysterectomies too Often?
Does endometrial resection affect bowel and bladde...