Are Women Opting for Hysterectomies too Often? 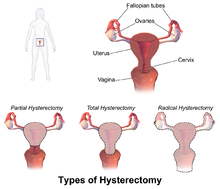 ACOG (American College of Obstetrics and Gynecology) describes hysterectomy as a treatment of last resort, but studies show that anywhere from 10 to 90% of hysterectomies performed in the United States are not medically necessary, evidenced by the fact that today, approximately 90 percent of hysterectomies are performed electively. Corona et al stated: ‘…that alternatives to hysterectomy are underutilized in women undergoing hysterectomy for AUB, uterine fibroids, endometriosis, or pelvic pain. The rate of unsupportive pathology when hysterectomies were done for these indications was 18%.’

The US has the highest rate of hysterectomy in the industrialized world; it is the second most common surgical procedure carried out on women. 1 in 3 American women have their uterus removed by the age of 60, with the highest rates in women aged 30-54 (according to Corona et al in 2014, one in five women may not need it). 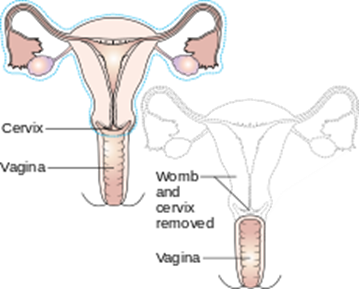 Reasons for hysterectomy include cancer, bleeding with childbirth and severe infection with uterine damage, all of which make up about 10% of cases. The other 90% are made up of medical, non-surgical and other surgical reasons, such as for menstrual cramps, heavy bleeding and fibroids. Unfortunately, too many women are also having hysterectomies as a treatment option for endometriosis (instead of laparoscopic excision, histological confirmation and pelvic rehab follow up)

Numerous women who undergo hysterectomy remain unclear about the details of their surgical procedures or indeed the implication for short and long term recovery. Clinically, I have seen many women who assume that as they have had a ‘Total’ Hysterectomy, that includes removal of their ovaries (Total vs Partial Hysterectomy generally refers to cervical preservation). I have also see many women confused as to why their recovery from what has been a laparoscopic surgery, with small incisions, is taking so long. A surgical colleague described it well in my opinion: ‘A laparoscopic hysterectomy is major abdominal/pelvic surgery with tiny incisions’. 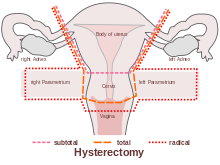 In Part Two of this blog, I will discuss the sequelae of hysterectomy and the key role of pelvic rehab. Interested in learning more about Endometriosis, Fertility and Hysterectomy? Join me in Denver in January!

The Boston Women's Health Book Collective. Our Bodies, Ourselves: A New Edition For A New Era. New York: Touchstone, 2005., Centers for Disease Control and Prevention Online. "Hysterectomy Surveillance" --- United States, 1994,1999, 2002. http://www.cdc.gov/mmwr/preview/mmwrhtml/ss5105a1.htm
‘Use of other treatments before hysterectomy for benign conditions in a statewide hospital collaborative’ Corona et al (Presented in oral and poster format at the 4oth Annual Scientific Meeting of the Society of Gynecologic Surgeons, Scottsdale March 24-26 2014)

Tags:
Hysterectomy
Geriatric Patients and Bladder Medications
To Run or Not to Run During Pregnancy