“However, at present we are all aglow with views on visceral anatomy and medical colleges are wisely establishing chairs in this department which will result in much advancement.” -Fred Byron Robinson, 1891 (Cysts of the Urachus)

The above (fabulous) quote reminds us that many came before us who were equally excited by the study of anatomy. One anatomical structure that I know never appeared in my graduate anatomy courses is the urachus. The urachus is a structure that extends from the urinary bladder to the umbilicus (highlighted blue in the image). When investigating literature about this structure I was impressed to find publications about the urachus dating from the late 19th century. 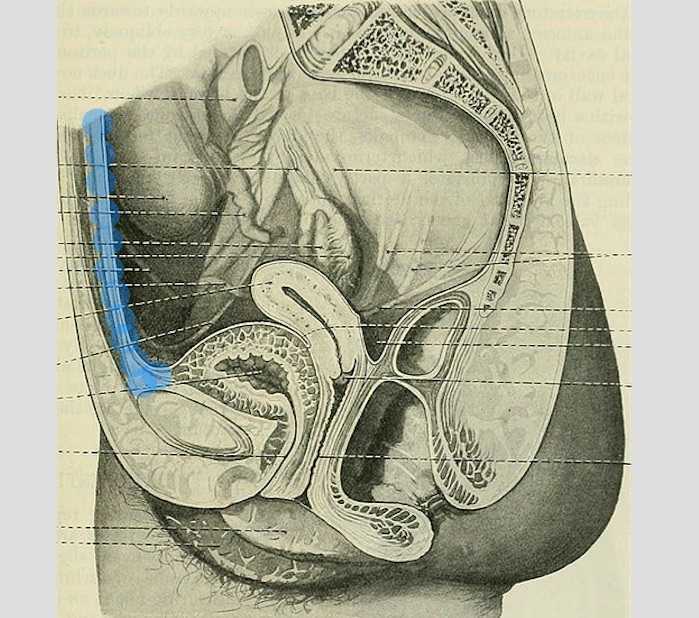 It wasn’t until several years into my career as a physical therapist that I learned about the urachus, a structure attached to the bladder, and learned how this structure could create some rather dramatic symptoms when in dysfunction. I met a woman who was in her early 30’s and who had 6 months prior undergone a laparoscopic surgery with access just below the umbilicus. She presented to rehabilitation after seeing an urologist for severe pain that occurred towards the end of voiding. The pain was absent at any other time, but was so severe towards the latter half of emptying her bladder that she would double over in pain and “nearly pass out.” Investigation revealed a healthy, well-functioning pelvic floor and abdominal wall, but a reproduction of her severe pain with palpation to the midline between the umbilicus and the pubic bone. After grabbing some anatomy texts, I supposed that the urachus, having potentially been irritated by the laparoscopic approach, might experience a tensioning of the irritated tissue as the bladder contracted to empty. This theory appeared to hold some weight, as applying gentle manual therapy to the tissues, and teaching the patient some self-release techniques allowed her to resolve her symptoms entirely after 1-2 visits. 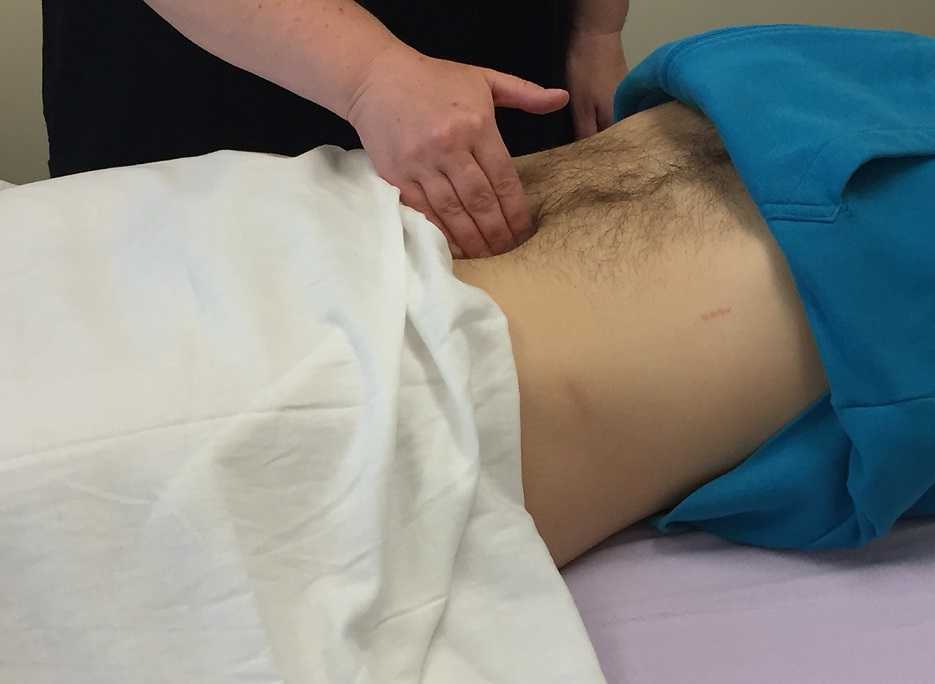 The urachus is formed in early development from the pre-peritoneal layer, and is described as vestigial tissue. It extends from the anterior dome of the bladder to the umbilicus, varying in length from 3-10 cm, with a diameter of 8-10 mm. There are 3 layers: an inner layer of transitional or cuboid epithelial cells surrounded by a layer of connective tissue. The remains of the urachus form the middle umbilical ligament which is a fibromuscular cord. A layer of smooth muscle that is continuous with the detrusor (smooth muscle of the bladder) makes up the outer layer. This continuity of tissue may help explain some of the clinical connections we see in patient symptoms. In the past year, I have met several patients for whom the urachus is the only tissue that reproduced their symptoms. I examined a male patient who reported urethral burning that occurred with both reset and activity. Unable to produce symptoms in any other location of the thoracolumbar spine, pelvic floor and walls, or abdomen, I palpated this structure to find that it reproduced the urethral burning. Another patient presented with a keloid c-section scar. She also described a sharp pain when the bladder was full. Treatment directed to the scar and along the midline resolved this pain, again with a couple sessions.

If you are interested in learning more about distinct anatomical connections that can help you explain (and treat) issues your patients present with, come and learn with us at the 3-day Male Pelvic Floor Function, Dysfunction, and Treatment course offered four times over the 2019 and 2020 calendars. The role of the urachus in abdominopelvic dysfunction is just one of the many topics we explore. With lectures on sexual health, pelvic pain, prostate and urinary dysfunction, there is a broad range of topics and skills to offer for clinicians who are new to men’s heath and those who have been treating for years.