Multifidus size and prevalence of concussion

A couple of years ago, I wrote a blog about an interesting article by Hides and Stanton that related size and strength of the multifidus to the risk for lower extremity injury in Australian professional football players. 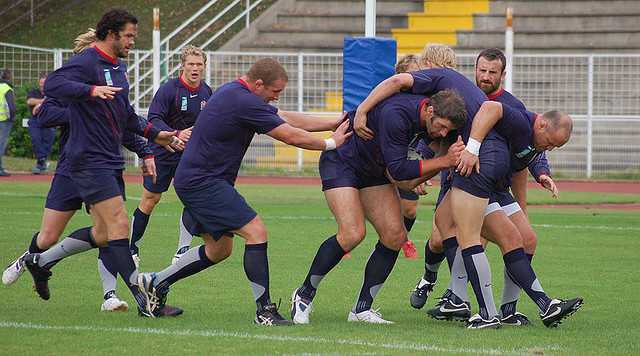 Now some of the same researchers are looking above. A prospective cohort study has recently been published that examined factors and their effects on concussions. Physical measurements of risk factors were taken in pre-season among Australian football players. These measurements included balance, vestibular function, and spinal control. To measure these outcomes the following tests were included: for balance the amount of sway across six test conditions were performed; vestibular function was tested with assessments of ocular-motor and vestibular ocular reflex; and for spinal control cervical joint position error, multifidus size, and contraction ability was tested. The objective measure was concussion injury obtained during the season diagnosed by the medical staff.

The findings were so interesting! Age, height, weight, and number of years playing football were not associated with concussion. Cross-sectional area of the multifidus at L5 was 10% smaller in players who went on to sustain a concussion compared to players that did not receive a concussion. There were no significant differences observed between the players that received concussion and those who did not with respect to the other physical measures that were obtained.

With all the recent evidence about the harmful effects of concussions amongst our athletes, I find this information amazing and am excited to see where the researchers take this in the future. The next question for the physical therapist is how do we train the multifidus? The multifidus can be difficult to retrain in some individuals. It is a hard muscle for some patients to learn to recruit. Biofeedback using ultrasound imaging can make this daunting task easier for many patients. With the cost of ultrasound units coming down, it is also a very reasonable tool for clinics to look at investing in.

Join me to learn more about the multifidus and how to use ultrasound imaging in the retraining process. Future course offerings include August in New Jersey, and November in San Diego. I look forward to seeing you there!