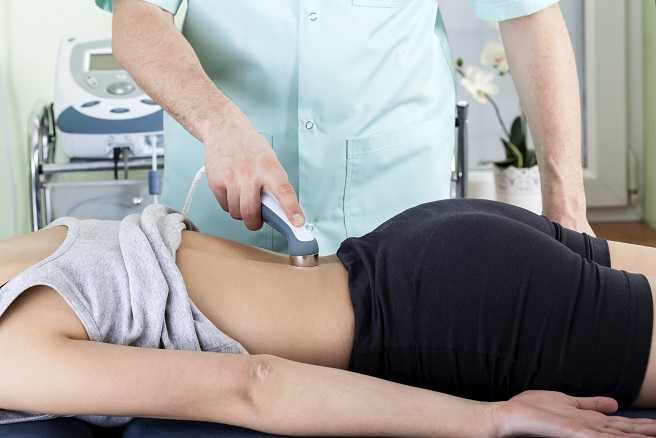 Physical therapists deal with chronic pain that can be problematic to treat and manage on a daily basis. There is an arsenal of tools, exercises and techniques at their disposal, but many times using a modality can help accelerate the pain-relieving process.

At my healing center in New York City, we treat an extremely difficult type of chronic pain loosely classified under the umbrella term "pelvic pain". Pelvic pain can express itself as sacroiliac pain, hip bursitis, symphysis pubic dysfunction, and vulvodynia. Chronic pelvic pain is sometimes perceived as a "woman's issue", but we treat both men and women who have suffered for years with their conditions. We are challenged to think outside the box to provide relief for these patients.

Chronic pelvic pain is very different from other types of pain because it's intimately connected to our emotional, spiritual and psychological states, and can involve many symptoms in the nervous, endocrine, visceral, gynecological, urological and muscular systems. It can be very difficult to treat, and can require from six months to one year of physical therapy, depending on patient presentation and history.

This lengthy course of treatment requires a fresh approach to therapy and modalities. When I started treating this population I had many difficulties when it came to controlling their pain and I had to think differently. Electrical stimulation and ultrasound were not working as well as I'd hoped, and were providing insufficient pain relief to these patients.

Low-level laser therapy (LLLT) proved to be my secret weapon when treating women with chronic pelvic pain. (I frequently call it "light therapy", because many patients are put off by the term "laser.")

I have been successfully using light therapy for nearly ten years. It helps my patients keep their pain at bay, and many request that I use it as part of their therapy. Of course, light therapy is only as good as the therapist using it. You have to apply this modality correctly, and use the science properly to maximize results.

LLLT was approved by the FDA in 2002. At that time, the modality was hailed by the New England Patriots and the U.S. Olympic Committee, among others, for its ability to help top athletes quickly return from injury. Endorsements from these organizations piqued my interest and I decided to research its principles.

I realized that LLLT could be used on many levels. LLLT is unique: it is a cellular bio-stimulator and is used to increase vitality of cells as well as processes that occur within the cell. Not all lasers are "created equal," and you have to be careful with the type you purchase.

Principles that must be taken into consideration include wavelength in nanometers, power in milliwatts, and total energy delivered in joules. In my pelvic pain protocols, I use LLLT on sensitive and painful tissues that are unable to tolerate any heat production.

Many lasers claim to be great therapeutic lasers, but actually produce heat within the tissue and cells. Any heat production has the potential to harm cells and destroy them. Heat production indicates the delivery of too many joules of energy per cycle. The goal with LLLT is to stimulate health and vitality within the cell to produce effects such as pain relief, collagen synthesis, resetting nerve potential, anti-inflammatory effects, and endorphin production.

LLLT has changed the way I treat all pain syndromes. It's had such a positive impact that I've created laser protocols for vulvodynia, scar and bladder pain. I also created a special class for the Herman and Wallace Institute class for physical therapists who treat chronic pelvic pain. I encourage any colleagues specializing in this population to investigate this remarkable modality and to attend the class in October. If you are looking for something different and a modality that will change the way you treat come and learn how to use if effectively.