The Sacroiliac Joint: A persuasive Argument for How We Diagnose and Treat 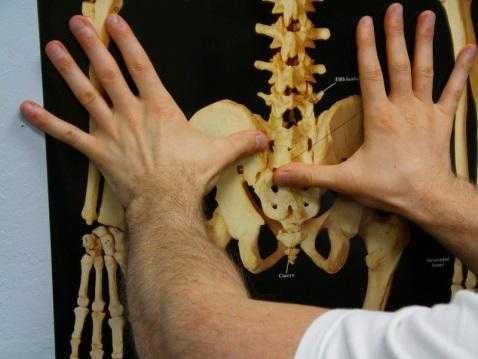 Herman & Wallace faculty member Eric Dinkins, PT, MS, OCS, Cert. MT, MCTA teaches the Manual Therapy for the Lumbo-Pelvic-Hip Complex: Mobilization with Movement and Laser-Guided Feedback for Core Stabilization course for Herman & Wallace. He is one of only 13 practitioners in America credentialed to teach the Mulligan Concept of Manual Therapy, and is a published author. Join him in Arlington, VA on August 20-21, 2016 to learn new joint mobilization, evaluation, and treatment skills.

Much research has been published regarding evaluation and diagnosis of the Sacroiliac Joint (SIJ). Low back pain and pelvic girdle pain is a common complaint with patients in all clinic settings. Laslett (Manual Therapy 2005) gave our profession valuable insight into categorizing a cluster of tests to try to ensure Physical Therapists and Chiropractors know if the SI joint is a pain source of our patients. We now also have several articles reaffirming the validity of the Active Straight Leg Raise (ASLR) and Stork testing for SIJ dysfunction (Manual Therapy 2008; JBMR 2012; PT 2007). However, after talking with clinicians who attend my Mobilization with Movement classes, as well as many colleagues in the outpatient orthopedic setting, there is a definitive lack of understanding how to use this information to translate over to successful treatment. This is understandable considering there have been several articles published regarding the poor validity and consistency between clinicians regarding palpation skills and bony landmarks in the lumbar spine and pelvis (ex: Manual Therapy 2012). But perhaps the fault is not in the clinician proficiency, but rather in the nature that we are attempting to diagnose an SIJ dysfunction?

If you were to consult with experts in body kinematics, gait analysis, and biomechanics regarding the true movement of the SIJ, there will be many different answers depending on the action that they were describing. Particularly when it comes to dysfunction. Disagreements abound when describing conditions such as “upslips”, “inflares”, etc and virtually all back their arguments with clinical anecdotal success rates. These arguments often leave clinicians with inconsistencies in treatment and increased failures.

This blog is meant to be a persuasive argument for using function-improving or pain- eliminating techniques for diagnosis and treatment of SIJ dysfunction. The logic of this approach is often misunderstood. But if applied correctly, satisfies most theory surrounding the SIJ, and provides immediate feedback for knowing how to resolve the condition and what you are treating.

We have pain provocative testing that is most commonly used in attempting to diagnose a SIJ dysfunction. However, after interpreting these tests, the clinician is still left without a true diagnosis as to the nature of what is happening at this joint to cause pain or dysfunction. This is likened to the "painful shoulder" or "low back pain" prescription we see. The error rates, even in the cluster, still leaves room for inaccurate assessment and therefore potential misguided treatment. Lumbar facet, musculature, hip capsule imbalance, are just some examples that can produce false positives on the typical SIJ tests that are used in clinic. Therefore, it is necessary to understand that pain provocative testing ONLY tells us that pain is coming from that structure that is being tested. And NOT that it is “THE” source of the dysfunction.

Now consider using function-improving or pain-eliminating techniques for your evaluation. The ALSR test, as an example, function improving special test. Compression applied to various aspects of the pelvis or supporting musculature yield a positive finding if the SLR is now easier if the force is applied. Combing this information with the faulty kinetic testing of the Stork and/or leg pull test to determine the involved side yield an immediate feedback for both the clinician and the patient as to what forces are needed to correct the dysfunction that is limiting the functional activity and restore normal motion. Treatment would then be applied by creating a force on the innominate, sacrum, or both and would then be maintained throughout the movement and can be considered a form of active exercise (manual assisted active exercise). If retesting of the affected motion yields a sustained improvement, the accurate diagnosis has now been made. And surely this diagnosis would be upheld if the patient returned at a later date to demonstrate no regression occurred.

If the force applied to the pelvis was directed toward posterior rotation at the innominate and/or an anterior rotation at the sacrum, and the affected motion cleared without pain or limited motion, it would be confirmed that these forces were necessary to correct the dysfunction on the involved side regardless of the "ambiguous diagnosis' including the potential of a previously held thought of an anterior rotation of the pelvis (making the argument of what actually happened at the pelvis mute). This may have been achieved through altering inputs viewed as a potential "threat" by the system, or mechanics stresses, etc. Regardless, if manual correction of this condition was applied and the dysfunction was correction through re-creating this without pain, one would conclude that this dysfunction was the primary eitiology of the symptoms. If the symptoms returned or the functional test was not normalized, an easy conclusion would then be that despite manual correction eliminating pain during the activity, this correction was not addressing the source of the dysfunction. And therefore the clinician should consider treatment elsewhere.

In essence, the body is capable of directing what it needs in order to return to a normal functioning homeostasis…without the application of pain. Now this pain-eliminating testing becomes your assessment, treatment and potentially your home exercise program!

To conclude, it is my suggestion to all manual based physiotherapists and chiropractors to strongly consider pain-eliminating techniques for both evaluation and treatment in their practice.
Did I mention yet that your patient already voted for that….? 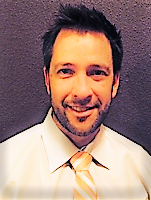 This post features an interview with Eric Dinkins, PT, MSPT, OCS, MCTA, CMP, Cert. MT, who will be instructing the brand new course, Manual Therapy for the Lumbo-Pelvic-Hip Complex: Mobilization with Movement including Laser-Guided Feedback for Core Stabilization. Pelvic Rehab Report sat down with Eric to learn a little bit more about his course and his clinical approach

Can you describe the clinical/treatment approach/techniques covered in this continuing education course?

During this two day lab based course, clinicians will learn anatomy, assessment techniques, and manual therapy techniques that are designed to minimize pain and restore function immediately. As a bonus, clinicians will be introduced to stabilization exercises utilizing the Motion Guidance visual feedback system for these areas. This system allows for immediate feedback for both the clinician and the patient on determining preferred or substituted movement patterns, and enhancing motor learning to quickly address these patterns if desired.

What inspired you to create this course?

Women's and Men's health patients often have concurrent orthopedic problems that contribute to the pain or dysfunction that they are experiencing in the lumbar spine, pelvis, hips and sexual organs. There are few manual therapy courses offered that are able to bridge a gap between these two topics. This makes for a unique opportunity to offer manual therapy techniques that can address these problems and help improve clinic outcomes.

What resources and research were used when writing this course?

The books and resources I pulled from include:

Why should a therapist take this course? How can these skill sets benefit his/ her practice?

PT's, PTA, DO's and DC's should take this course to give them knowledge and manual skills of pain free techniques to offer their Women's Health, Men's Health, and pregnancy patients with orthopedic conditions.