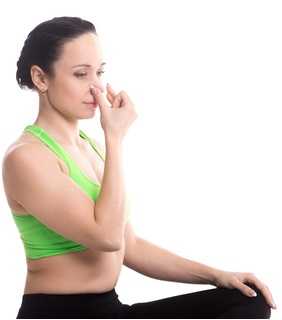 Recently in the Pelvic Rehab Report blog we discussed the beneficial role of pelvic rehabilitation for symptoms of dysmenorrhea. Additional research was published this year that supports the use of pranayama for improving quality of life and pain in girls with primary dysmenorrhea. Breathing within yoga studies is a rich field, with well-defined variations in stages and kinds of breathing, techniques and postures, and use of different hand positions and breathing through the nostrils and/or mouth. The Oxford online dictionary defines pranayama as a practice coming from Hindu yoga and related to regulating the breath through specific techniques.

In the study, the practice of both slow pranayama (Nadi Shodhan) and fast pranayama (Kapalbhati) was instructed to the women to be completed in the mornings on an empty stomach for 10 minutes per day. Ninety unmarried young women (ages 18-25) diagnosed with primary dysmenorrhea were randomly and equally assigned to either Group A (slow pranayama) or Group B (fast pranayama). Outcomes included the Moos menstrual distress questionnaire (MMDQ), numerical pain rating pain scale, a quality of life scale "by American chronic pain association" and the assessments were administered at baseline, after the first menstrual cycle, and after the second menstrual cycle. To read more details about the methods and results, the full article can be accessed here.

Prior and recent research has also studied the effects of similar breathing techniques on cognitive functions in healthy adults and also on perceived stress and cardiovascular parameters in young healthcare students. While it may not be new to compare fast and slow pranayama techniques with health conditions, this is the first study to address pranayama's effects on symptoms of dysmenorrhea. The authors conclude that practicing slow pranayama compared to fast pranayama improved quality of life and pain scores related to dysmenorrhea. Furthermore, the authors suggest that because pranayama can decrease absenteeism and stress levels, the practice should be implemented in college students to improve quality of life.

If you are looking to learn more about pranayama and other methods of self-management of conditions including, but certainly not limited to, dysmenorrhea, come to the city-New York City- next month for Meditation for Patients and Providers instructed by faculty member Nari Clemons. It's sure to be hot in the city, so chill out indoors with Nari, and hang out at night with your new favorite colleagues that you'll meet. A benefit of this course is that not only can you learn to care better for your patients, but also for yourselves, and you deserve it. 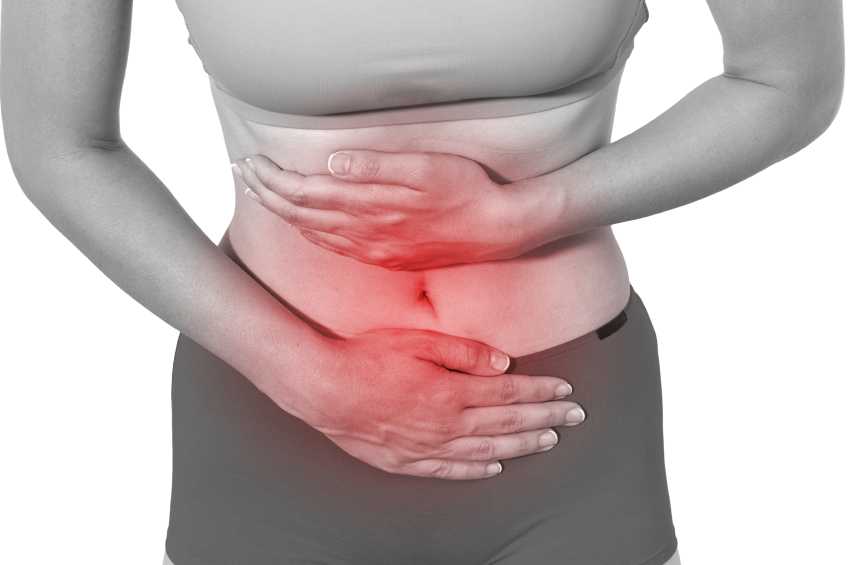 Pain associated with menstruation is known as dysmenorrhea, and more than half of women have pain related to their period for 1-2 days per month, according to The American College of Obstetricians and Gynecologists. Primary dysmenorrhea is related to menstruation, and often begins within a short period of time once menses occurs, whereas secondary dysmenorrhea is often related to a condition within the reproductive tract such as endometriosis or fibroids. In the medical office, a medical history, a pelvic exam, and possibly an ultrasound or laparoscopy will be completed. Treatment may include medications such as NSAIDs which target the prostaglandins that often lead to symptoms of dysmenorrhea, birth control pills, or surgeries.

A recent literature review asked if physiotherapy can help with symptoms of primary dysmenorrhea. Of the articles reviewed, 186 were chosen, and included a range of articles from descriptive, experimental studies to prospective, randomized controlled studies. A variety of interventions and approaches were included in the review, such as TENS, abdominal massage, acupuncture, cryotherapy and thermotherapy, connective tissue, Pilates, and belly dance. All of the approaches demonstrated some therapeutic benefit, either in response to the immediate application of the intervention, or up to a few months after the intervention was applied or instructed.

This literature review echoes a prior systematic review that evaluated the effectiveness and safety of acupressure, acupuncture, aspirin, behavioral interventions, oral contraceptives, and other supplements, procedures, and complementary and alternative medical interventions. Click here to view the full-text article. In that particular review, the authors reported the following:

The bottom line from this research should be that we as pelvic rehabilitation providers need to help patients address pain and symptoms from dysmenorrhea. Clearly, there are many pathways to achieve symptom reduction, and some, such as TENS or topical heat, are easily carried out on an independent basis. How are you reaching adolescent girls who may develop primary dysmenorrhea? In clinical practice, talking with their parents, or reaching out at the community level to schools, churches, camps, gyms, or coaches may provide an opportunity to provide education and help. If you would like to learn more about myofascial release techniques for the abdomen and pelvis, check out the Myofascial Release for Pelvic Dysfunction continuing education course taking place next month in Illinois!

The Role of the Pelvic Therapist in Treating Endometriosis 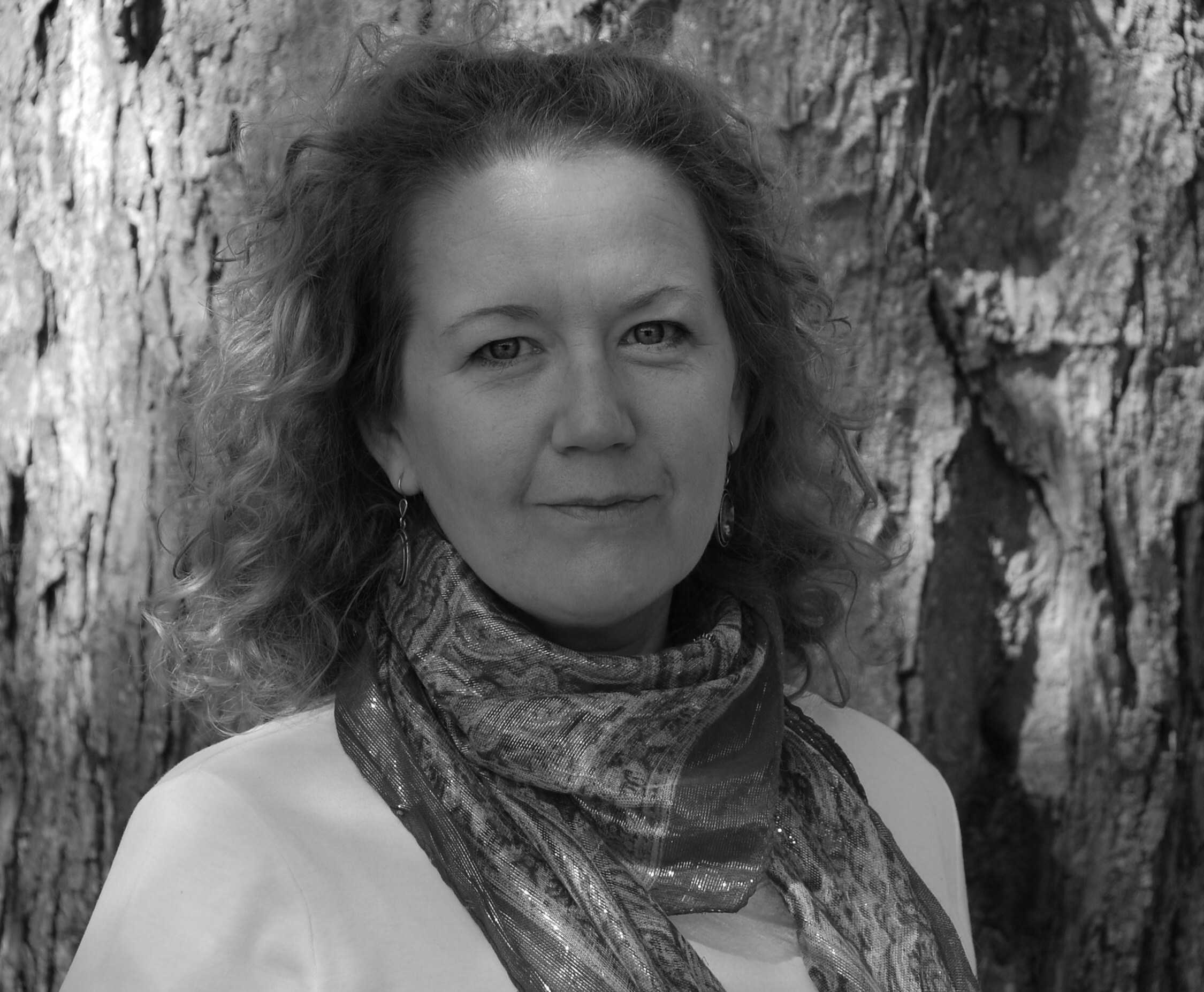 This post was written by H&W instructor Michelle Lyons, PT, MISCP, who authored and instructs the course, Special Topics in Women’s Health: Endometriosis, Infertility & Hysterectomy. She will be presenting this course this February!

Endometriosis is a common gynaecological disorder, affecting up to 15% of women of reproductive age. Because endometriosis can only be diagnosed surgically, and also because some women with the disease experience relatively minor discomfort or symptoms, there is some controversy regarding the estimates of prevalence, with some authorities stating that as many as one and three women may have endometriosis (Eskenazi & Warner 1997)

There is a wide spectrum of symptoms of endometriosis, with little or no correlation between the acuteness of the disease and the severity of the symptoms (Oliver & Overton 2014). The most commonly reported symptoms are severe dysmenorrhoea and pelvic pain between periods. Dyspareunia, dyschezia and dysuria are also commonly seen. These pain symptoms can be severe and have been reported to lead to work absences by 82% of women, with an estimated cost in Europe of €30 billion per year (EST 2005). Secondary musculoskeletal impairments caused by may include: lumbar, sacroiliac, abdominal and pelvic floor pain, muscle spasms/ myofascial trigger points, connective tissue dysfunction, urinary urgency, scar tissue adhesion and sexual dysfunction (Troyer 2007) – all of which may be responsive to skilled pelvic rehab intervention.

Endometriosis can lead to inflammation, scar tissue and adhesion formation and myofascial dysfunction throughout the abdominal and pelvic regions. This can set up a painful cycle in the pelvic floor muscles secondary to the decrease in pelvic and abdominal organ/muscle/fascia mobility which can subsequently lead to decreased circulation, tight muscles, myofascial trigger points, connective tissue dysfunction and pain and possible neural irritation.

Abdominal trigger points and pain can be commonly seen after laparascopic surgery for diagnosis or treatment. We know that fascially, the abdominal muscles are closely connected with the pelvic floor muscles and dysfunction in one group may trigger dysfunction in the other, as well as causing associated stability, postural and dynamic stability issues.

The pain created by muscle tension and dysfunction, may lead to further pain and increasing central sensitisation and further disability. Unfortunately for the endometriosis patient, as well as dealing with the problems already associated with endometriosis, she may also develop a spectrum of secondary musculo-skeletal problems, including pelvic floor dysfunction – and for some patients this may actually be responsible for the majority of their pain (Troyer 2007).

The skilled pelvic rehab therapist has much to offer this under-served patient population in terms of reducing pain and dysfunction, educating regarding self-care and exercise and helping to restore quality of life. Interested in learning more? Join me for my new course: ‘Special Topics in Women’s Health: Endometriosis, Infertility & Hysterectomy’ in San Diego this February or Chicago in June.