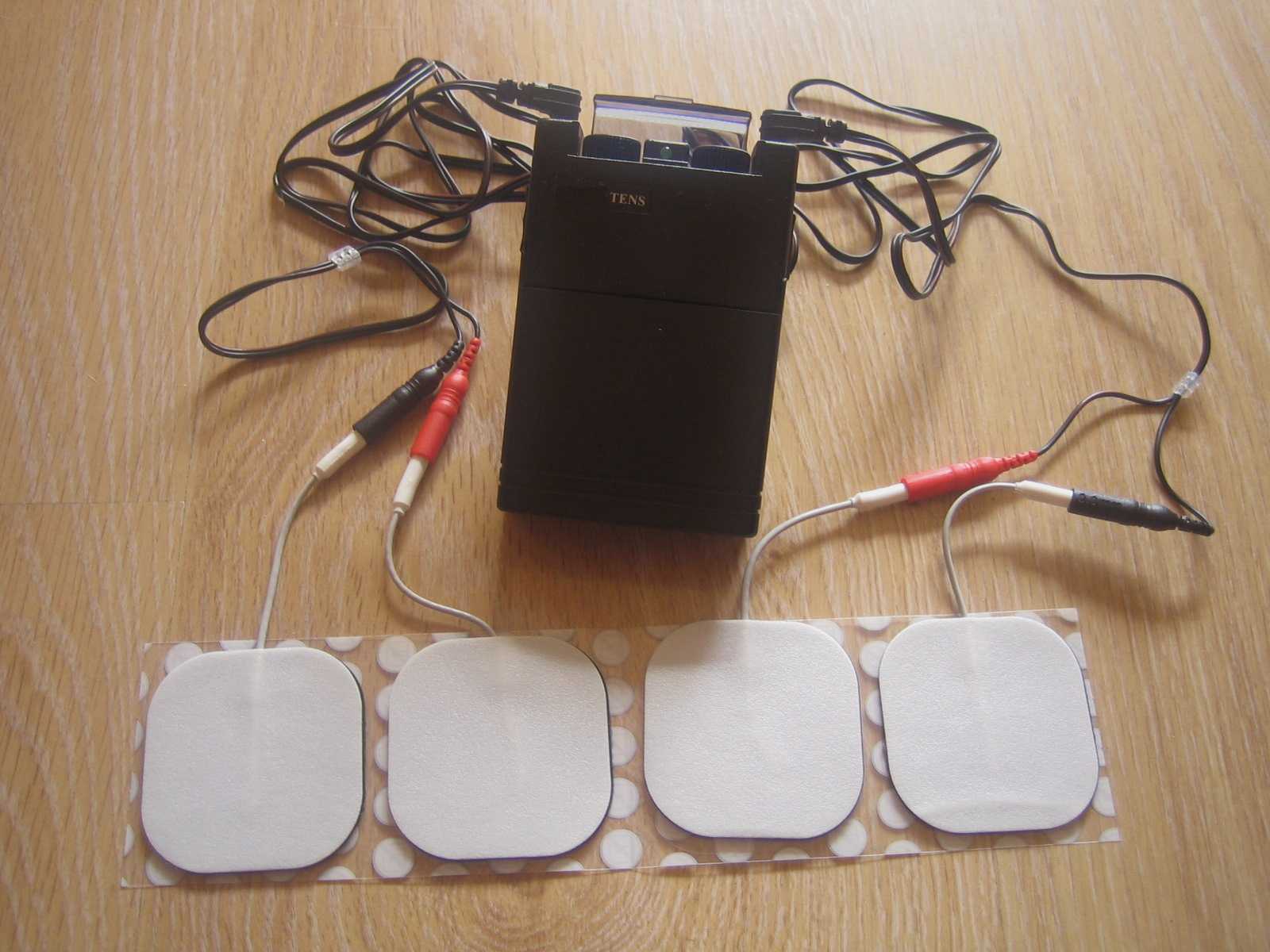 Tibial nerve stimulation has been shown in the literature to be effective for individuals experiencing idiopathic overactive bladder in randomized controlled trials. A systematic review was performed by Schneider, M.P. et al. in 2015 looking at safety and efficacy of its use in neurogenic lower urinary tract dysfunction. Many variables were examined in this review, which included 16 studies after exclusion. The review looked at:

The exact mechanism of these types of neuromodulation stimulation procedures remains unclear, however it does appear to play a role in neuroplastic reorganization of cortical networks via peripheral afferents. No specific literature is currently available for the mechanism on action related to neurogenic lower urinary tract dysfunction. Different applications of neuromodulation however have been studied in the neurogenic populations.

Urodynamic testing was performed at baseline and post treatment and revealed statistically significant differences with greater volumes at strong desire and urgency in the TTNS group. Additionally, the TTNS group experienced a 50% reduction in nocturia whereas in the sham group nocturia frequency remained the same. A three-day bladder diary completed by each of the groups also revealed significant positive changes in frequency, urgency, urge urinary incontinence and hesitancy only in the TTNS group.

Conservative management of neurogenic bladder in populations such as Parkinson disease is very important. These individuals experience lower quality of life ratings related to lower urinary tract dysfunction, higher risk of falling with needs to rush to the bathroom, their caregivers experience a higher level stress and burden of care, and tolerance to anticholinergic medications is very poor with multiple unwanted side effects that compound and worsen other symptoms that might be present from the disease process.

Please join us for Neurologic Conditions and Pelvic Floor Rehab to learn how you can help your patients using this modality as one option. Participate in a lab session to learn electrode placement and other parameters to achieve best clinical results for your patients.

Perineal Stimulation for Nocturia and Overactive Bladder in Elderly Women 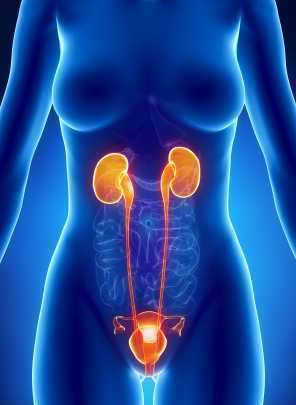 A 2016 study by Kaori et al examined the effect of self administered perineal stimulation for nocturia in elderly women. A prior study using rodents found a soft roller used decreased overactive bladder syndrome (OAB), but a hard roller did not produce the same results. Kaori et al performed a similar study for elderly women in a randomized, placebo controlled, double blind crossover. Participants were 79-89 years old women who applied simulation to perineal skin for 1 minute at bedtime, using either active (soft, sticky elastomer) roller or a placebo (hard polylestrene roller). Participants did a 3-day baseline, followed by 3-day stimulation, then 4 days rest, then other stimuli for 3 days. There were 24 participants, 22 completed the study: 9 with OAB, 13 without OAB. The placement of the roller was not on the skin of the perineal body, but rather on the general peri-anal area with the diagram from the study showing an area just medial to the gluteal crease—where one would find the ischial tuberosity-- and anterior and lateral to the anal sphincter.

Across the subjects with OAB, change with the elastomer roller (soft and sticky feel) was more statistically significant than with the hard roller. Baseline micturition for the participants was 3.2+/- 1.2 times per night, measured as the number of urination between going to bed and arising. The group as a whole did not have a statistically significant difference, measured by at least one less time arising per night. However, in the OAB group, the difference was significant. The researchers theorized that the soft and sticky texture may induce more firing of somatic afferents nerve fibers.

The most commonly prescribed treatment for overactive bladder is anticholinergic therapy, but the side effects, including cognitive changes and lack of significant difference from controls, as well as the drying effect of these drugs in a post-menopausal-low-estrogen-pelvis, bring up questions of whether this is the best option in the elderly.(6)

In anesthetized animals, electrical stimulation and noxious stimuli decrease frequency of bladder contractions when applied to the perineal area (3-5). Somatic, afferent nerve stimuli (those theorized to be active with the soft roller) are used to treat OAB by modalities such as acupuncture and transcutaneous electrical stimulation to the perineum (2). So, stimulation of somatic visceral afferent nerves in the perineal region seems to have an effect on the bladder. However, with manual therapies, it seems we can also affect the somatic or visceral afferents. Essentially, visceral afferents convey information to the central nervous system about local changes in chemical and mechanical environments of a number of organ systems(7). Doing manual therapy between the urethral and bladder fascia would also theoretically cause stimulation of the visceral afferents to the central nervous system about that organ (bladder).

In our pelvic floor intro class (Pelvic Floor Level 1) at Herman Wallace, we discuss the role of Bradley’s neurology loop 3 and the inverse relationship between pelvic floor contraction (lifting the perineal area) and the bladder. One suppression technique we discuss is the contraction of the pelvic floor to quiet or inhibit bladder activity in the bladder retraining program. Bladder retraining has evidence level A (strong) for improving urgency and frequency with overactive bladder.

Clinicians who are ready to raise their manual game may try using the skills of prior series courses and adding the sophistication of manual techniques in the abdomen and pelvis to increase afferent firing in patients with OAB, as well as freeing up any fascial restrictions that may be interfering with full bladder excursion.

In the newly written Capstone course, we combine the prior level of education from the pelvic series (bladder strategies) with manual techniques to address the endopelvic fascia at the bladder base, in the fascial articulations along the perineum, and along its attachments to the coccyx, as well as combining internal work with sacral techniques to facilitate S234 afferents for bladder control. We discuss studies, such as this one, to explore advanced concepts of bladder and urethral fascial mechanics and neural entrapment affecting the bladder. We move out of the pelvic muscle and into the fascial contents of the abdominopelvic region, to allow such firing of the somatic afferents. And the perineal stimulation? We have an entire lab for perineal tissue and its effect on pelvic function. Physical therapists can manually address the perineum, urethral and bladder fascia with Capstone techniques. With such intervention, we get more CNS communication.

So, what about the roller? Well, the soft roller created change in rodents in a couple of studies. (Sato 2010). In this human study, it helped with OAB. Certainly, manual therapies in the region of the endopelvic fascia and suprapubic region may be of help for also stimulating the visceral afferents. Also, it could be worth it to have a high fall risk elderly patient with OAB type nocturia follow up your treatments with one minute of soft washcloth stroking in the area of the perineum for one minute at bedtime to see if it helps decrease the number of voids on a night time bladder diary.