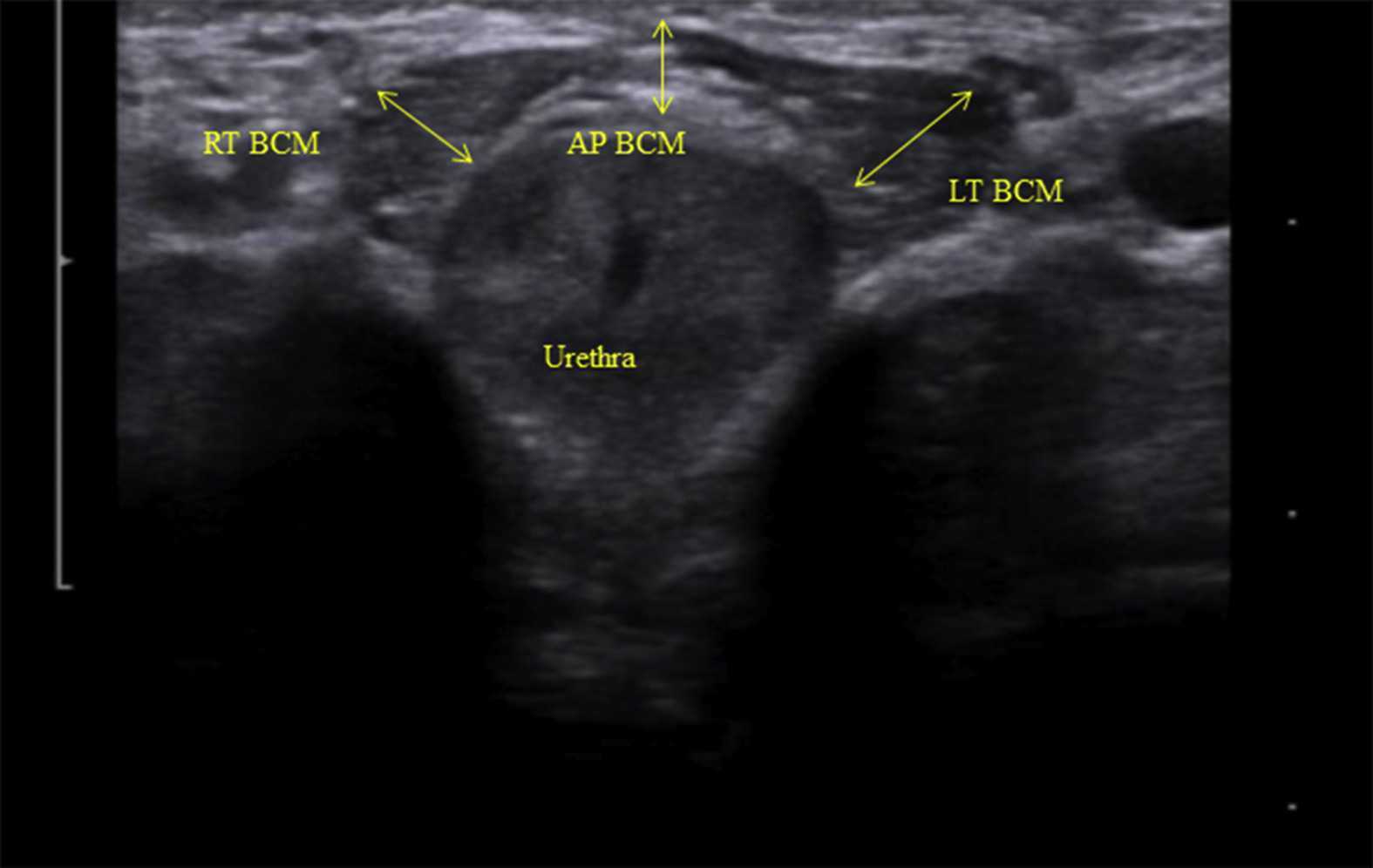 Like other things in men’s pelvic health, the use of ultrasound imaging for rehabilitation has lagged behind that in women’s pelvic health. Ryan Stafford is a researcher that is working to change that. In 2012, Stafford began looking at the normal responses to pelvic floor contractions and what is seen on ultrasound in men. He has since taken his research further to examine differences in men that present with post-prostatectomy incontinence. Stafford, van den Hoorn, Coughlin, and Hodges performed a study looking at the dynamic features of activation of specific pelvic floor muscles, and anatomical parameters of the urethra. The study included forty-two men who had undergone prostatectomy. Some of these men were incontinent and others remained continent. Transperineal ultrasound imaging was used to obtain images of the pelvic structures during a cough, and a sustained maximal contraction. The research team calculated displacements of pelvic floor landmarks with contraction, as well as anatomical features including urethral length, and resting position of the ano-rectal and urethra-vesical junctions.

The data was analyzed and combinations of variables that best distinguished men with and without incontinence were reported. Several important components were identified in the study. Striated urethral sphincter activation, as well as bulbocavernosus and puborectalis muscle activation were significantly different between men with and without incontinence. When these two parameters were examined together, they were able to correctly identify 88.1% of incontinent men. They further reported that poor function of the puborectalis and bulbocavernosus could be compensated for if the man had good striated urethral sphincter function. However, the puborectalis and bulbocavernosus had less potential to compensate for poor striated urethral sphincter function. This is important for a therapist that works with post prostatectomy patients to know. This can explain part of why some men improve and do so well after a prostatectomy and others don’t, even with therapy to help. If the striated urethra sphincter is damaged and its normal responses are changed during surgery, then incontinence after prostatectomy may be more likely.