Manual Therapy – Use your Head to Guide your Hands 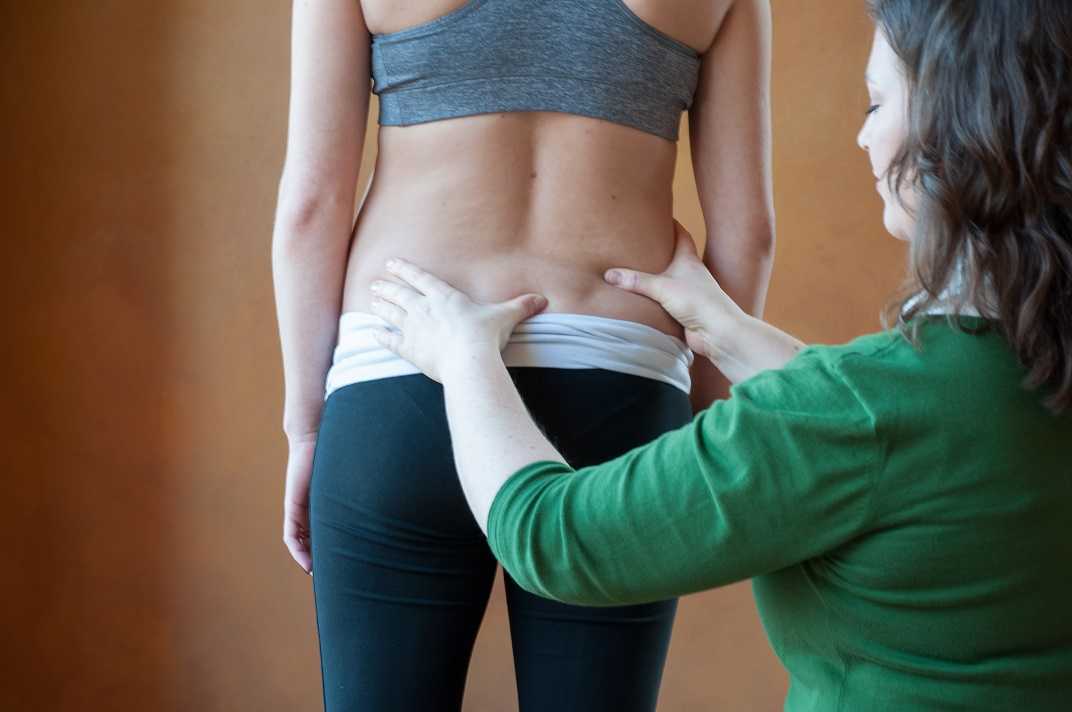 What if we were only taught treatment techniques during our healthcare training with no theory or explanation as to why or on whom or under what circumstances they should be used? Focusing on “how to” but ignoring the “discernment as to why” would make for a weak clinician. Manual therapy for the pelvic floor is a treatment approach to implement once we have used our heads and palpation skills to reveal the underlying source of dysfunction.

Pastore and Katzman (2012) published a thorough article describing the process of recognizing when myofascial pain is the source of chronic pelvic pain in females. They discuss active versus latent myofascial trigger points (MTrPs), which are painful nodules or lumps in muscle tissue, with the latter only being symptomatic when triggered by physical (compression or stretching) or emotional stress. Hyperalgesia and allodynia are generally present in patients with MTrPs, and muscles with MTrPs are weaker and limit range of motion in surrounding joints. In pelvic floor muscles, MTrPs refer pain to the perineum, vagina, urethra, and rectum but also the abdomen, back, thorax, hip/buttocks, and lower leg. The authors suggest detecting a trigger point by palpating perpendicular to the muscle fiber to sense a taut band and tender nodule and advise using the finger pads with a flat approach in the abdomen, pelvis and perineum. They emphasize a multidisciplinary approach to finding and treating MTrPs and making sure urological, gynecological, and/or colorectal pathologies are addressed. A thorough subjective and physical exam that leads to proper diagnosis of MTrPs should be followed by manual physical therapy techniques and appropriate medical intervention for any corresponding pathology.

Halder et al. (2017) investigated the efficacy of myofascial release physical therapy with the addition of Botox in a retrospective case series for women with myofascial pelvic pain. Fifty of the 160 women who had Botox and physical therapy met the inclusion/exclusion criteria, and the primary complaint in all those subjects was dyspareunia. The Botox was administered under general anesthesia, and then the same physician performed soft tissue myofascial release transvaginally for 10-15 minutes, with 10-15 additional minutes performed if rectus muscles had trigger points. The patients were seen 2 weeks and 8 weeks posttreatment. Average pelvic pain scores decreased significantly pre- and posttreatment, with 58% of subjects reporting improvements. Significantly fewer patients (44% versus 100%) presented with trigger points on pelvic exam after the treatment. The patients who did not show improvement tended to have inflammatory or irritable bowel diseases or diverticulosis. Blocking acetylcholine receptors via Botox in combination with pelvic floor physical therapy could possibly provide longer symptom-free periods. Although the nature of the study could not determine a specific interval of relief, the authors were encouraged as an average of 15 months passed before 5 of the patients sought more treatment.

The need for the specific treatment for myofascial pelvic pain is determined by a clinician competent in palpation of the pelvic floor musculature finding trigger points and restrictions in the tissue. Listening to a patient’s symptoms and understanding pelvic pathology allow for better treatment planning. Manual Therapy Techniques for the Pelvic Rehab Therapist is a comprehensive course to enhance knowledge in your head to lead your hands in the right direction for assessing/treating patients with pelvic pain.

The Value of Botox for Defecation Dysfunction

In patients who failed to respond to biofeedback therapy alone for anismus, authors in this study reported a beneficial, although temporary, effect of using botulinum toxin type A injection (BTX-A injection) to the puborectalis and external sphincter muscles. Anismus is more commonly referred to as dyssynergic defecation, or an inability to properly lengthen the pelvic floor muscles during emptying of the bowels. 31 patients who had been treated with and failed "simple biofeedback training" were then treated with BTX-A injection followed by biofeedback training. 18 males and 13 females with a mean age of 50 and a mean duration of constipation of 5.6 years were diagnosed with defecation dysfunction, or anismus. Diagnosis of animus was made using anorectal manometry, balloon expulsion test, surface electromyography (EMG) of the pelvic floor, and defecography.

Pelvic floor muscle training included biofeedback therapy consisting of intra-anal surface EMG and electrotherapy (although the way the methods are described make determining if both EMG and electrotherapy were completed with internal sensors difficult). Treatment occurred 1-2 times/day for 30 minutes per session (15 minutes of electrotherapy and 15 minutes of biofeedback). Frequency of the electrotherapy was 10 Mz, 10 seconds of "considerable sensation without…pain" and 10 seconds of rest. During biofeedback sessions, pelvic muscle strengthening and relaxation was also instructed. Therapy occurred for up to one month, and patients were instructed to continue with therapeutic exercises at home. The researchers followed up one month after the injection and therapy, and 6-12 months after intervention by telephone.

What is missing from this study? Manual therapy, muscle coordination retraining in combination with abdominal wall activation, and functional training related to positioning. While the authors suggest that injections should be used with biofeedback training, the potential negative effects of botox injections cannot be overlooked. Infection, pain, and bleeding are complications that have been highlighted in the literature, and in this study, fecal incontinence (although reported as mild) occurred. The research design appears to fail to recognize the chronic tension and holding pattern of the pelvic floor muscles, and unless the goal of repeated contractions is to elicit a contract/relax effect, the pelvic floor strengthening per se does not align with the ideal therapeutic goal, which should be to correct the dyssynergic pattern of defecation. Relaxing the pelvic floor muscles is not the same as a functional bearing down or lengthening of the pelvic floor involved in defecation. If you are interested in learning more about training defecation patterns and pelvic muscle rehabilitation for bowel dysfunction, check out Pelvic Floor Level 2A (PF2A) which discusses in detail fecal incontinence, constipation, and other colorectal conditions. The next opportunity to take this course is in Wisconsin in March. If you have already taken PF2A, you might find a course focused on Bowel Pathology, Function, Dysfunction & the Pelvic Floor, with the next course taking place in Kansas City in April.