Breathing and the Diaphragm 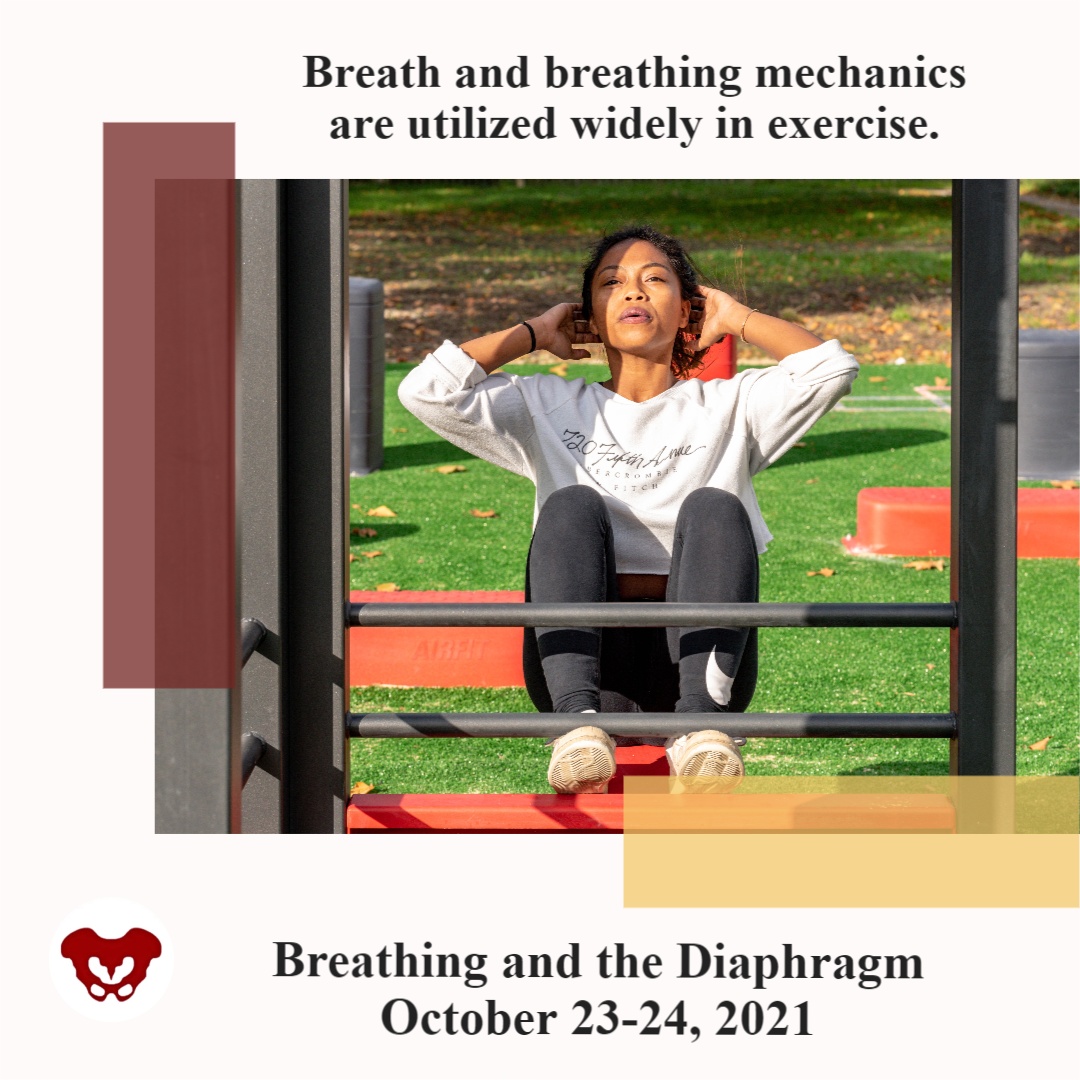 Proper breathing is discussed and taught in many ways and forms. All of this is a step in the right direction, but what if the person physically can not lengthen tissues to expand certain key structures that are essential to the breathing mechanism? In the remote course, Breathing and the Diaphragm, Aparna Rajagopal and Leeann Taptich teach different methods to identify breathing patterns, dysfunctional breathers, and how to determine motor control issues from mobility or strength issues.

Breath is utilized widely in the exercise world. Pilates uses breath for core stability. Yoga utilizes breath to help connect the body. Strength and conditioning coaches and personal trainers emphasize breath to provide power to lift. Breathing mechanics, aka proper breathing, is also core to any type of abdominal exercise.

Respiratory muscles are directly involved in these core abdominal strengthening, stability, and stretching exercises (1). Research led by DePalo, way back in 1985, concluded that the diaphragm is actively recruited during resistance exercises such as sit-ups (2). Inefficient breathing can lead to muscular imbalances, and motor control changes that can affect motor quality. Therapists are taught at length about tissue and joint mobility versus motor control or strength issues. These same principles can be applied to assess and treat the diaphragm, breathing, and abdominals.

In regards to working with patients, Aparna shares, "Different cues work with different patients. While verbal and tactile cues to correct patterns can work with some of our patients, they do not necessarily work in all of our patients. We need different ways to correct patterns in patients that have a tissue or joint mobility issue. Such issues can cause restriction and force the patient to breathe in a specific way."

Aparna and Leeann deep dive into mobility and learn to assess and treat joint restrictions of the ribs and the thoracic spine during their remote course Breathing and the Diaphragm scheduled for October 23-24, 2021. These mobility techniques combined with specific motor control and strengthening exercises can improve myofascial restrictions that restrict breathing.

Breathing and the Diaphragm will help build a foundation to improve your patients' functional activities. No matter if it is coughing, having a bowel movement, performing wall ball in CrossFit, or hitting a tennis ball! 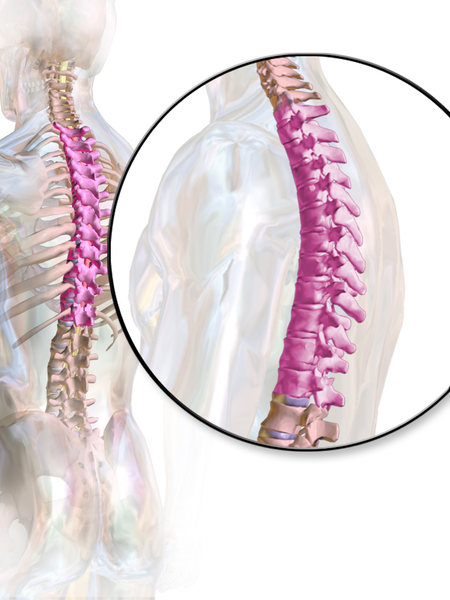 Leeann Taptich DPT, SCS, MTC, CSCS is Co-Author of the new Herman & Wallace offering, Breathing and Diaphragm: Pelvic and Orthopedic Therapist. Leeann leads the Sports Physical Therapy team at Henry Ford Macomb Hospital in Michigan where she mentors a team of therapists. She also works very closely with the pelvic team at the hospital which gives her a very unique perspective of the athlete.

Anatomically, the thoracic spine along with the ribs and sternum provide a frame that supports and protects the lungs and heart. Despite the rigidity that is required to fulfill that function, the thoracic spine contributes significantly to a person’s ability to rotate.2

One of the biggest roles the thoracic spine plays is in the regulation of the Sympathetic Nervous System, which is a part of the Autonomic Nervous System. The sympathetic nervous system, also known as the “Fight or Flight” system is in overdrive in our patients who present with pain. One of the many complications that arise from an upregulated sympathetic system is increased respiratory rate and/or dysfunctional breathing.3 Carefully applied manual therapy techniques to the thoracic region can help regulate the Autonomic Nervous System by affecting the diaphragm, the intercostals, and other respiratory musculature.4 Specific thoracic mobilizations/manipulations can improve respiratory function.4

In the Breathing and Diaphragm course, Aparna Rajagopal and I discuss the importance of the thoracic spine from both a regional and global perspective. Thoracic spine assessment is taught along with multiple mobilization techniques and manipulations all of which will help the clinician link the thoracic spine to the treatment of pelvic pain, low back pain, and breathing pattern disorders. Join Aparna and I in either Sterling Heights, MI this March or Princeton, NJ in December for Breathing and the Diaphragm: Pelvic and Orthopedic Therapists: From Assessment to Clinical Applications for Pelvic and Orthopedic Therapists!